This week in Year 5, we have moved on in our Earth and Space project to think about how the planets move in relation to each other around the solar system. We have had to keep our really resourceful and resilient hats on as this has been quite tricky at times to get our heads around. Sometimes we even used ourselves as models of the Earth, Sun and Moon to really see how they all rotate and move with each other in space!

We have learnt that the earth rotates anti-clockwise on an invisible axis which means some times we face the sun and sometimes we don’t, creating night and day!

This imaginary axis is also tilted which means sometimes the top half of the earth is closer to the sun and sometimes the lower half is, creating our seasons.

Just to prove once again that Year 5 is in fact awesome, we also had a think about what causes a solar eclipse! It was great to hear some of us saw the partial eclipse a few weeks ago and now we understand how it occurred.

Have a look at our amazing learning, then have a look at the moon and see if you can name which phase it is in from our brilliant diagrams! 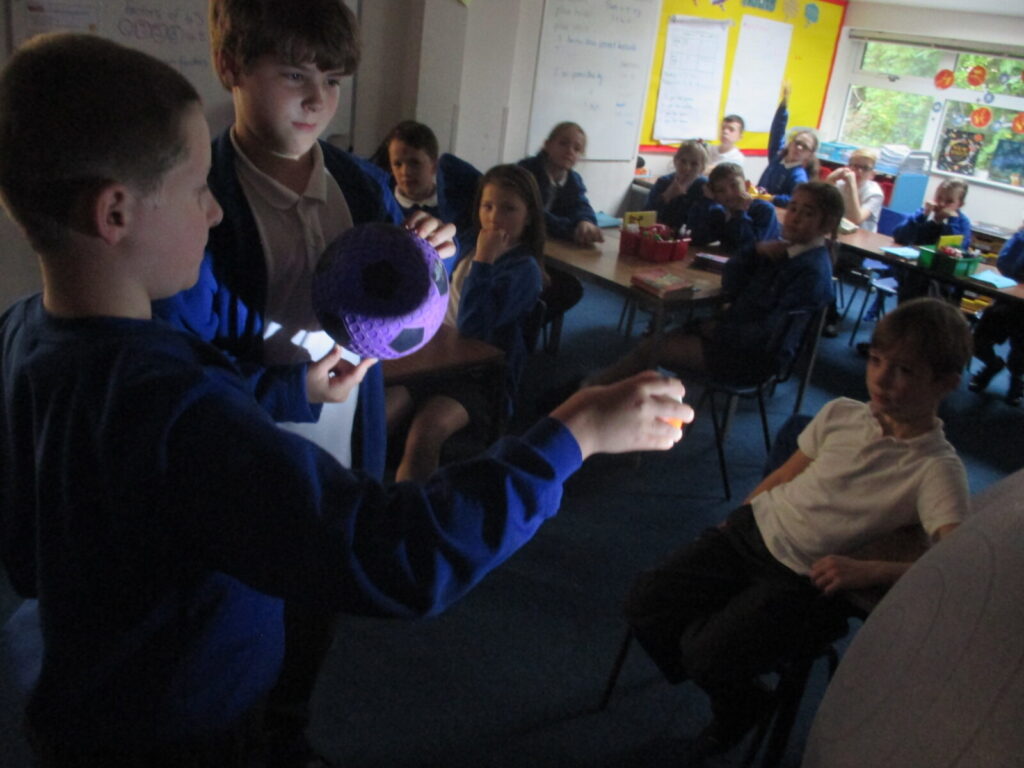 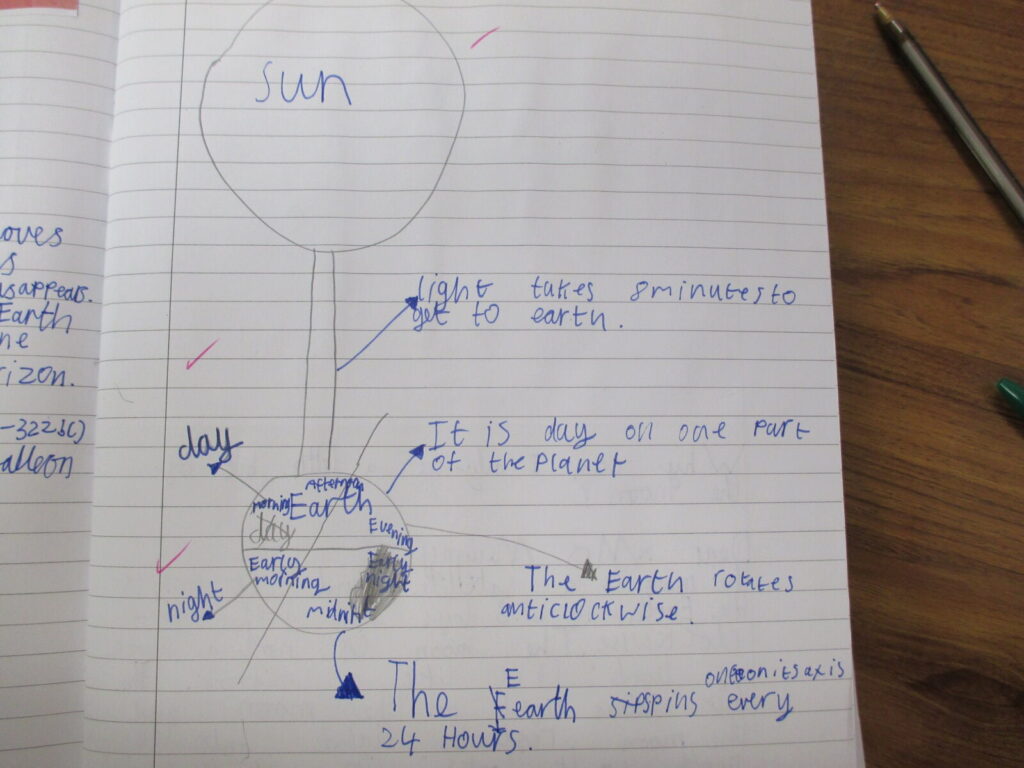 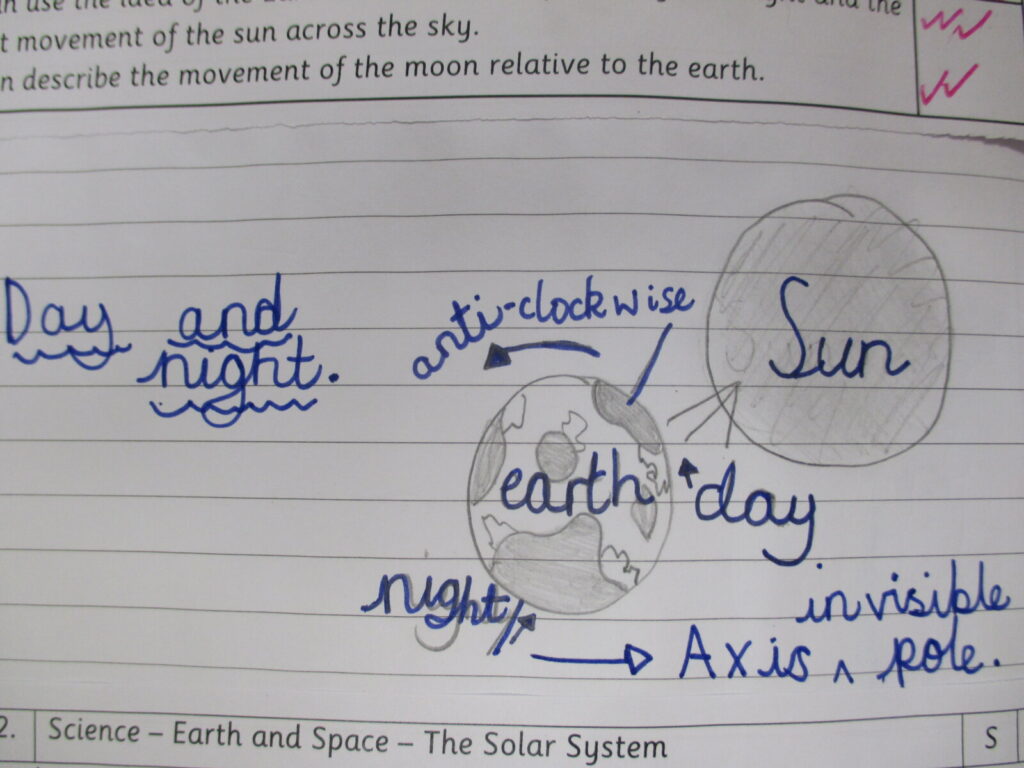 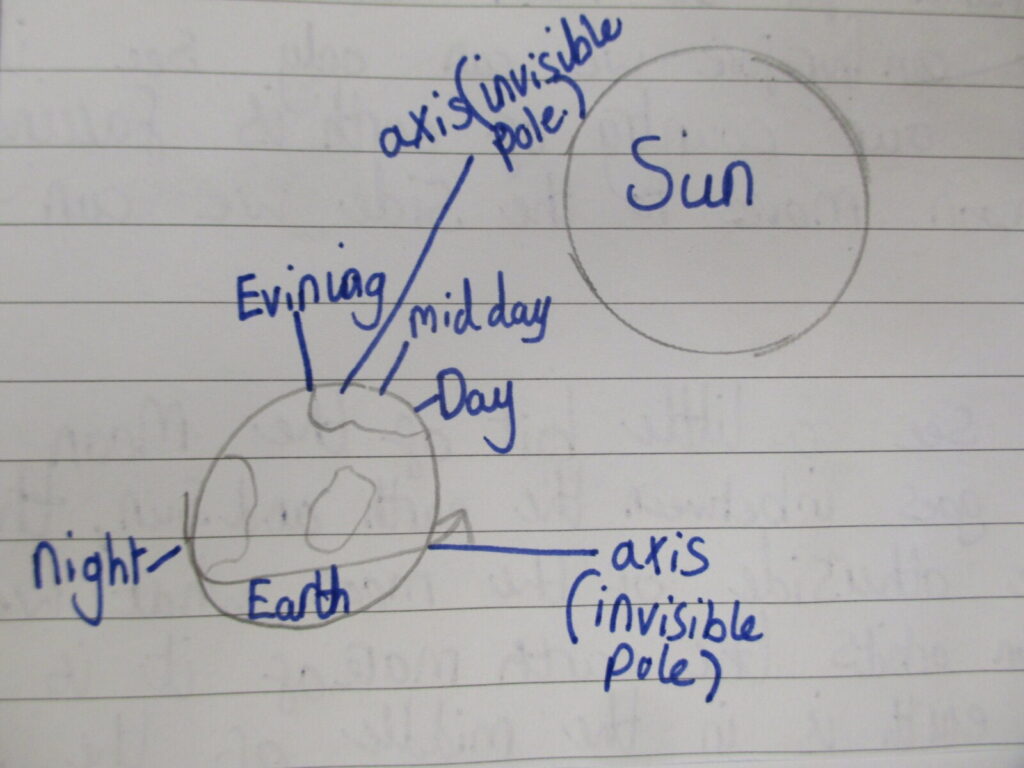 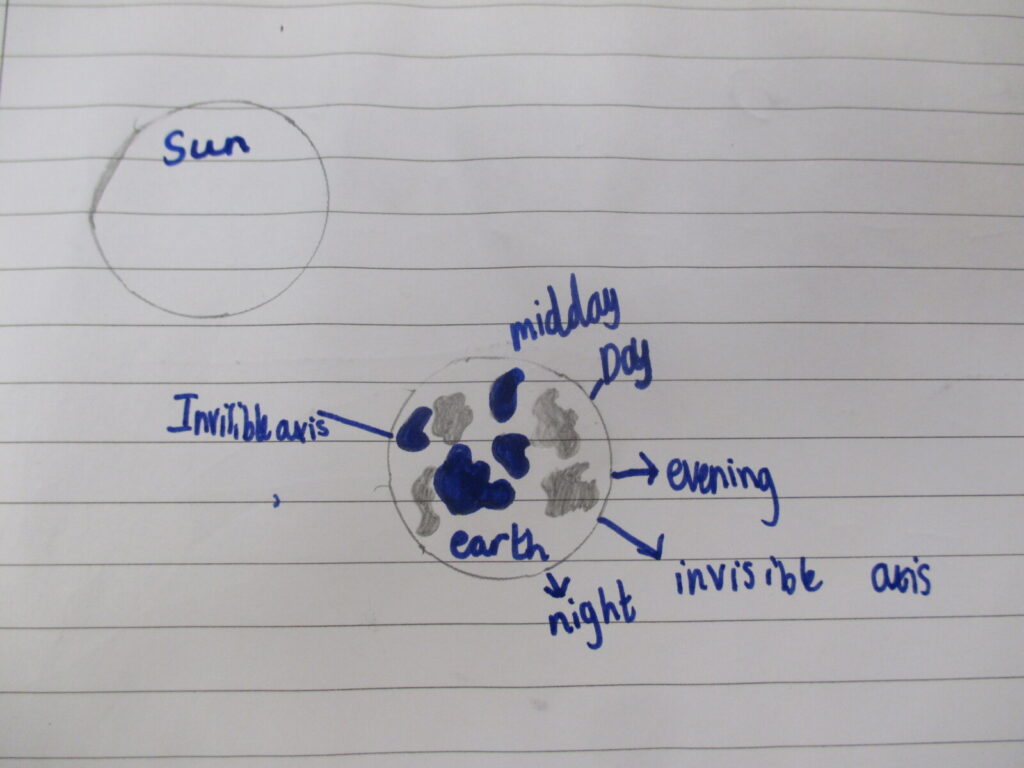 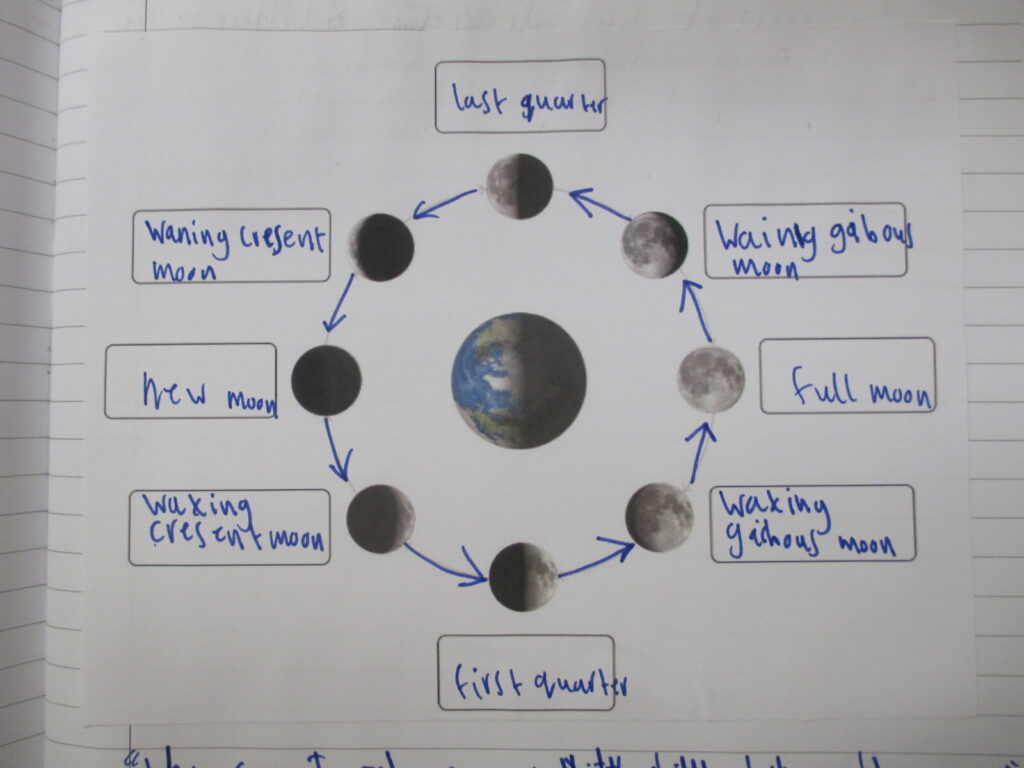 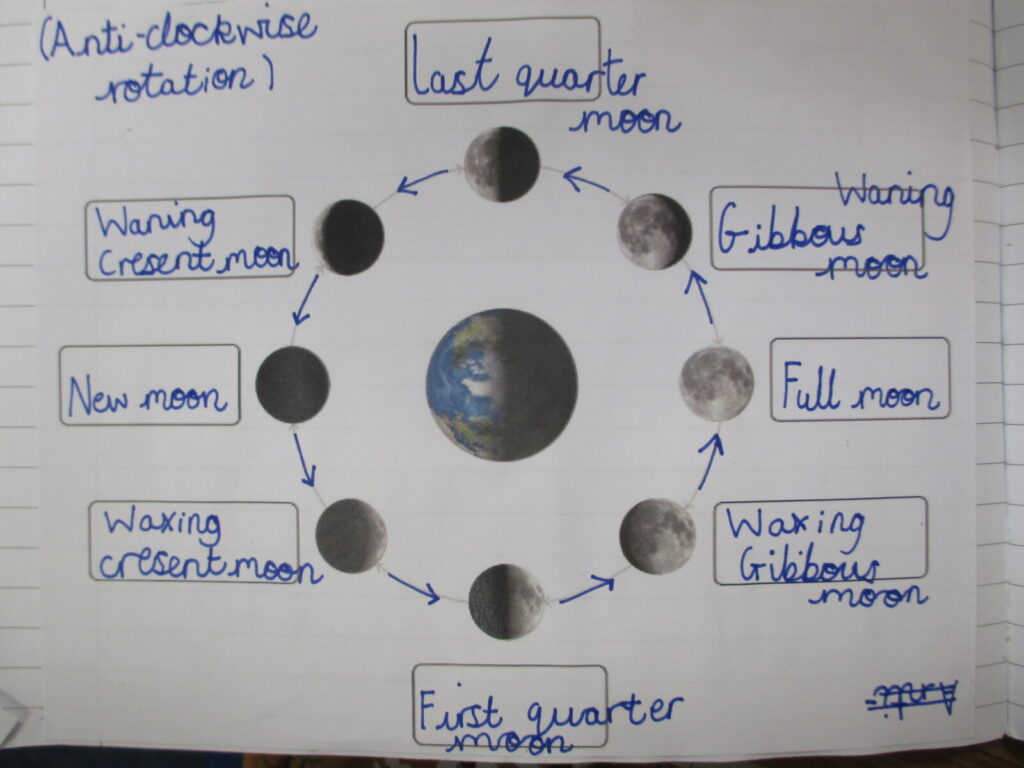 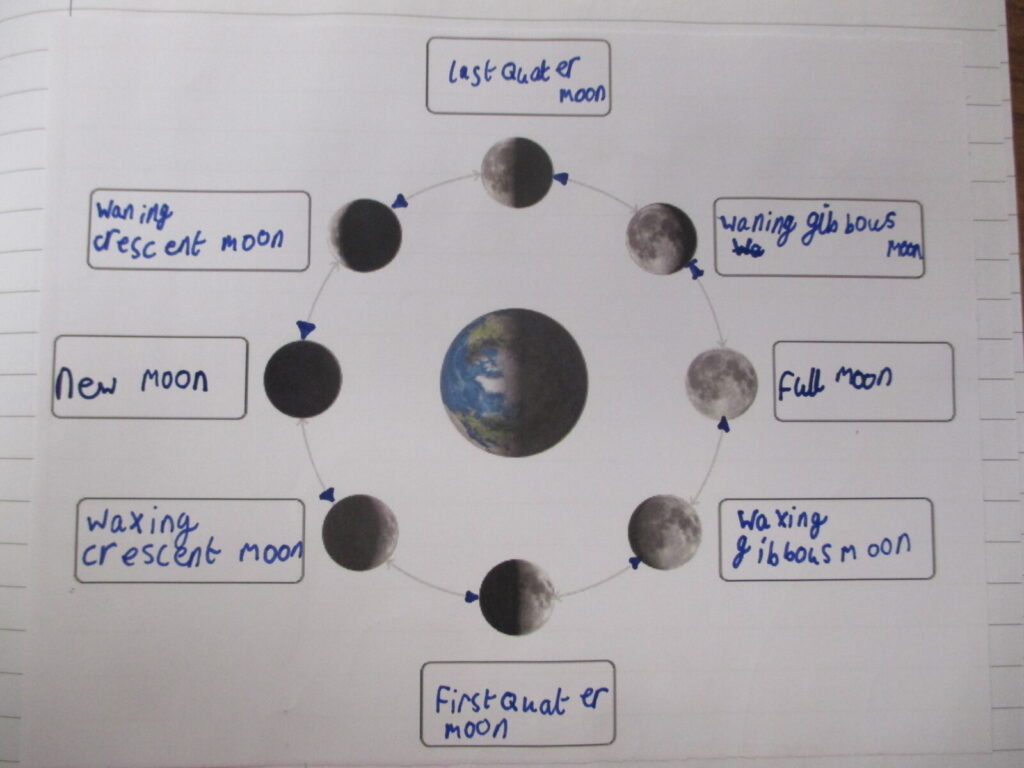 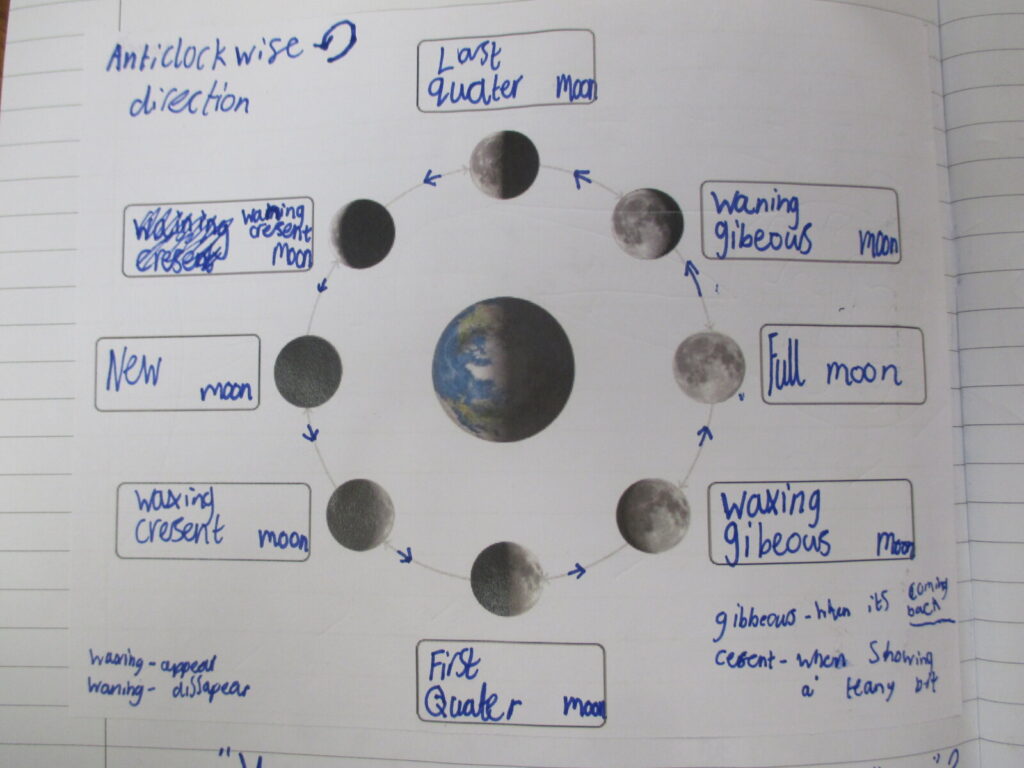 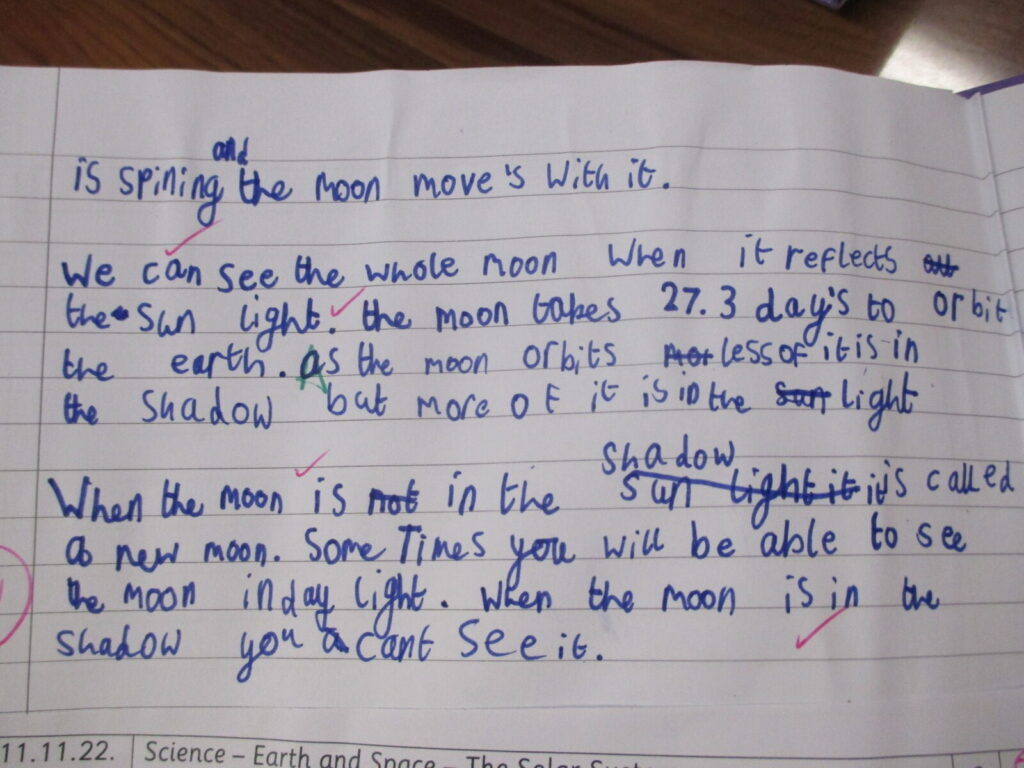 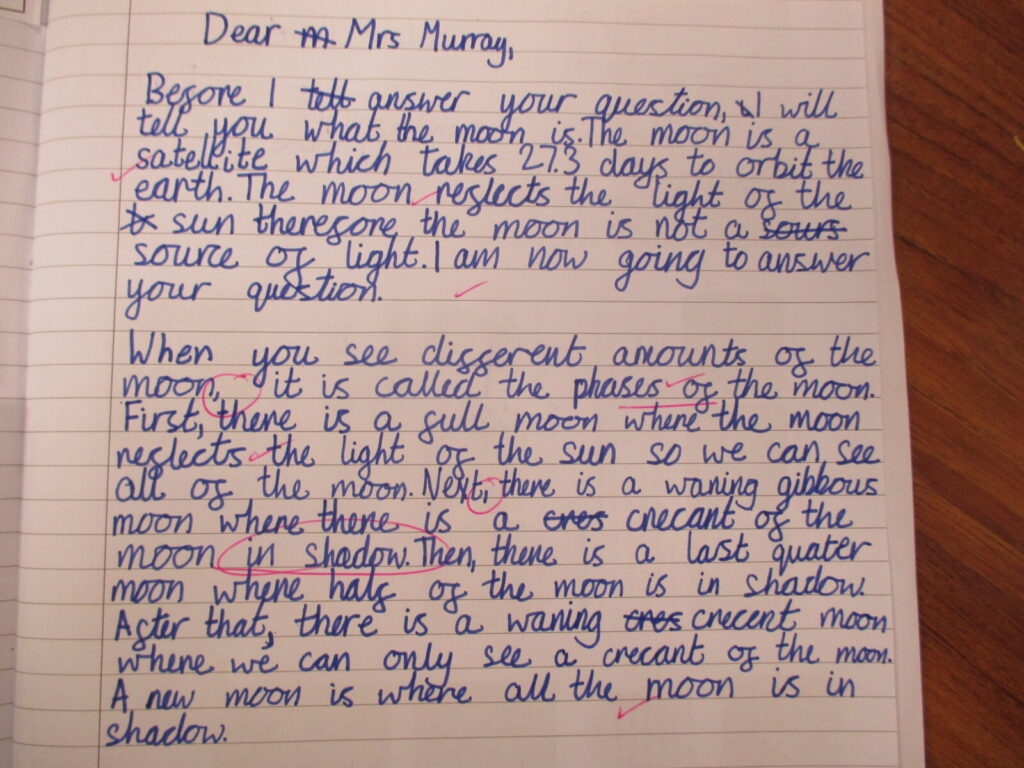 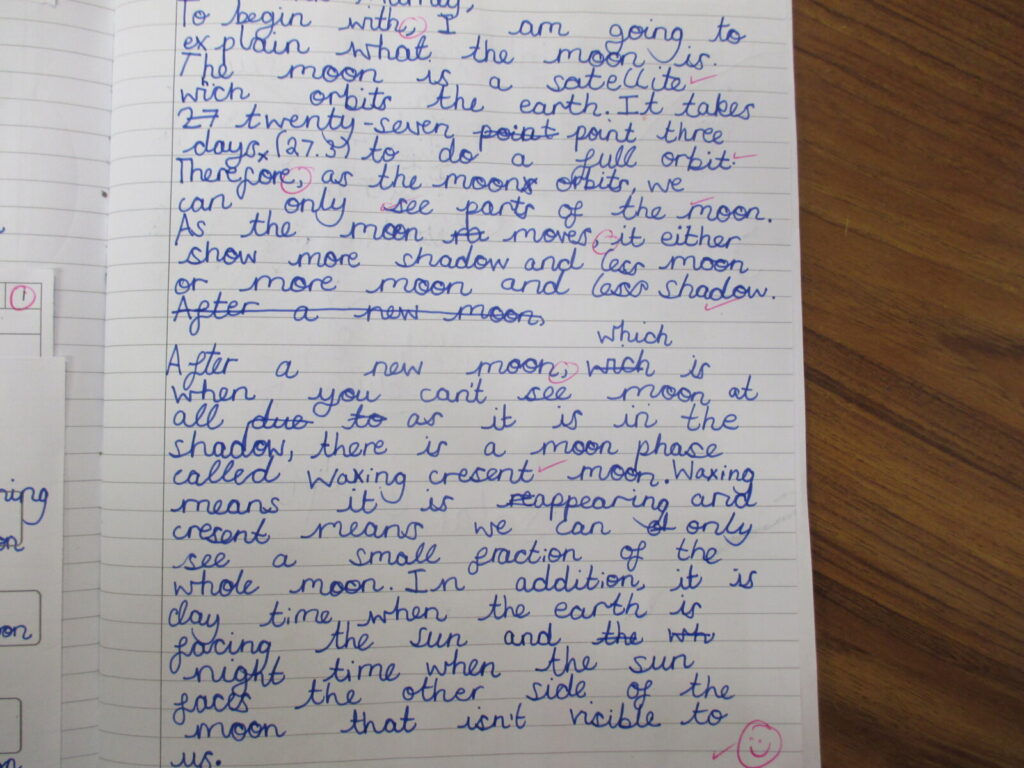 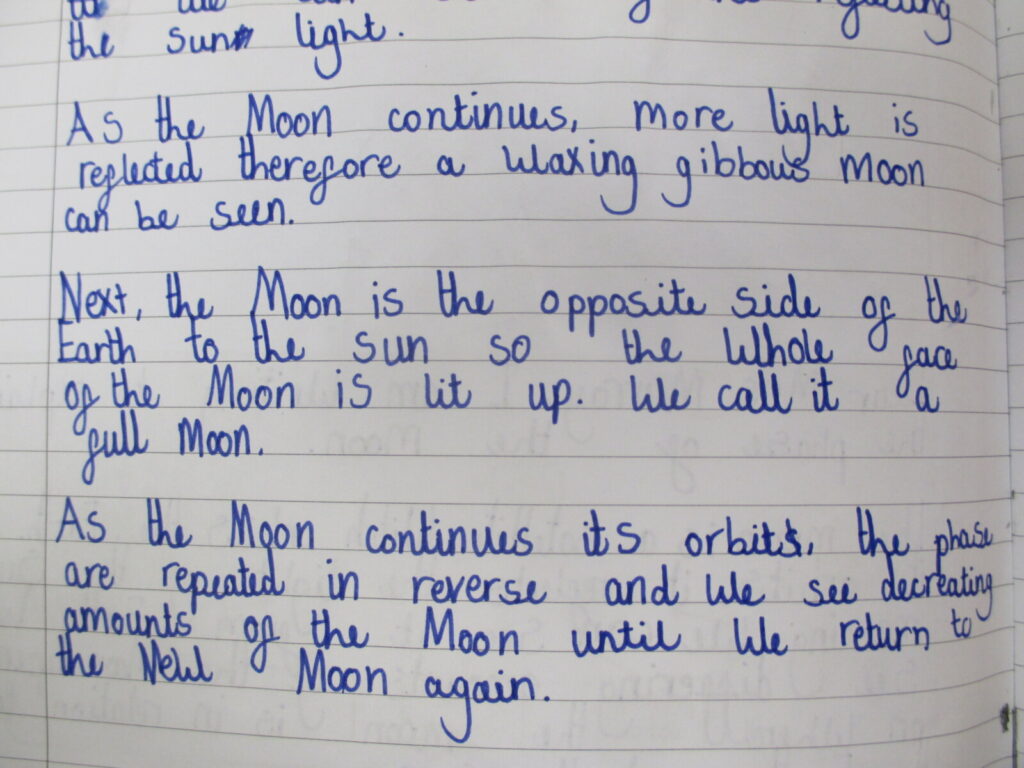 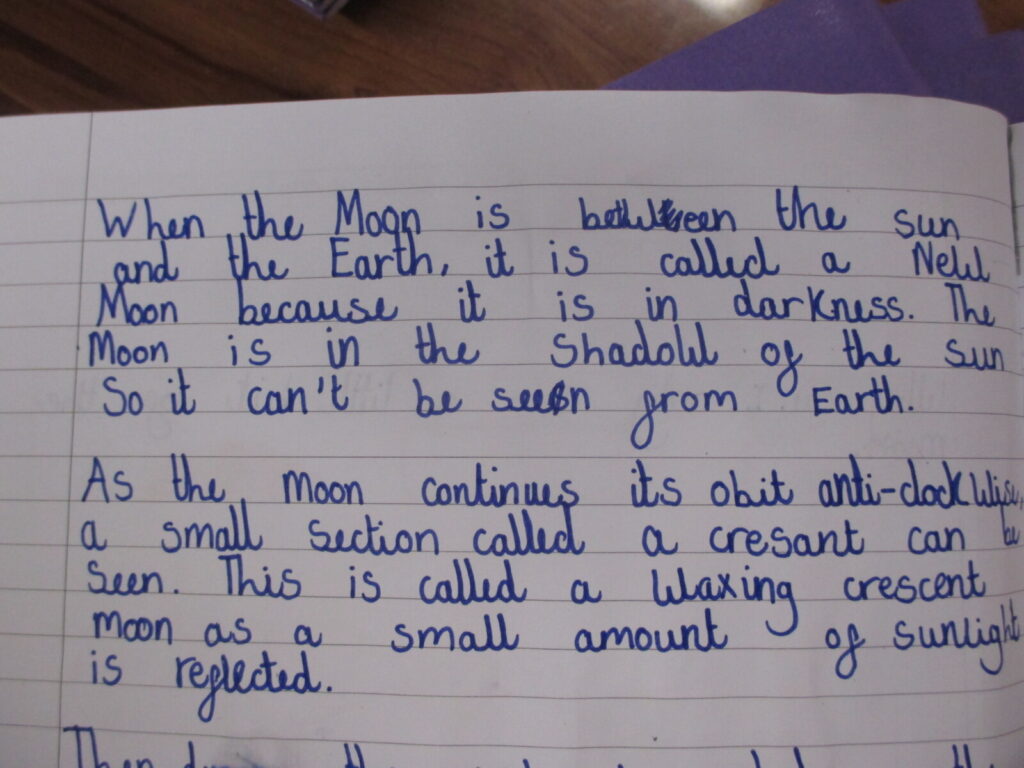 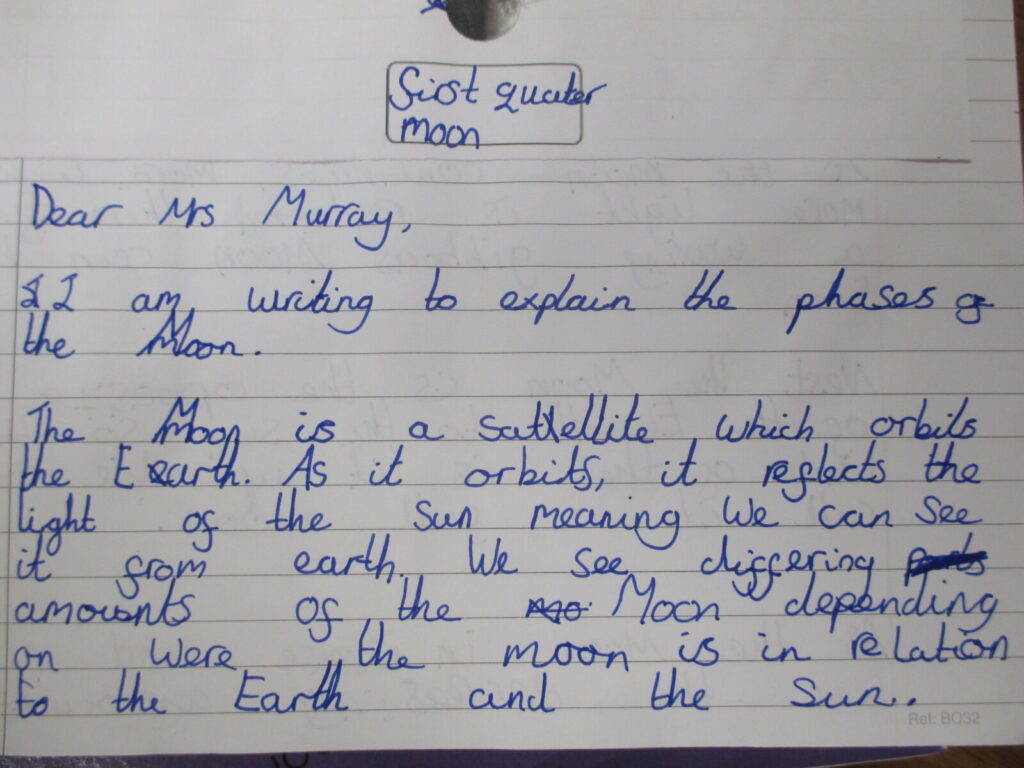 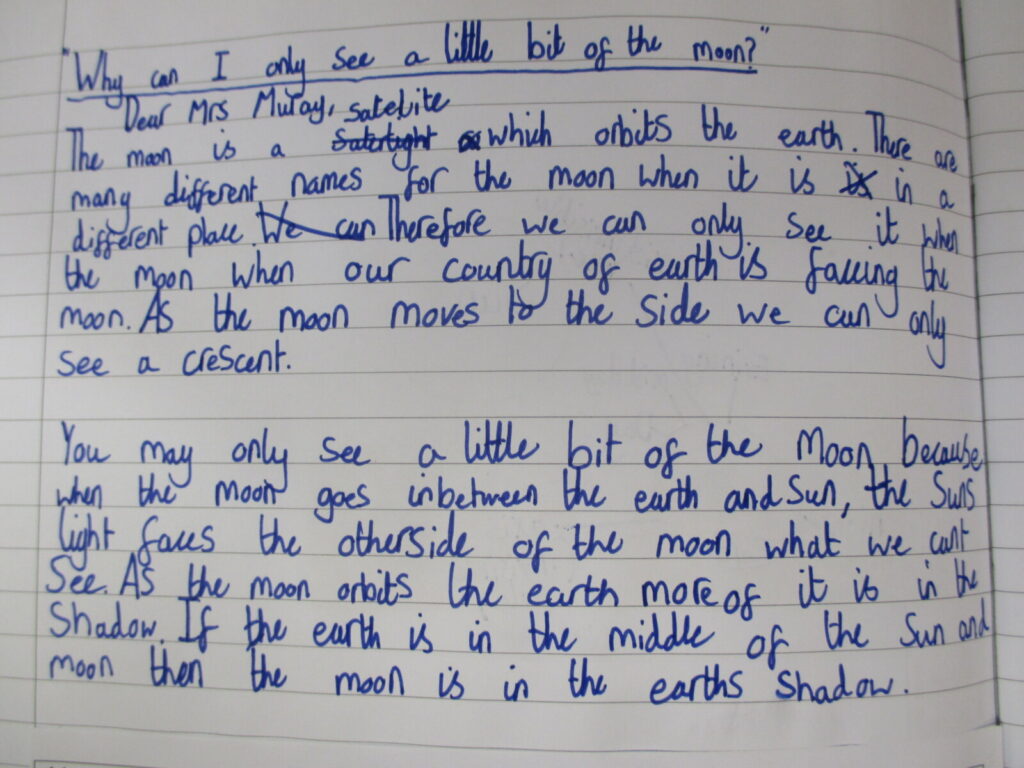 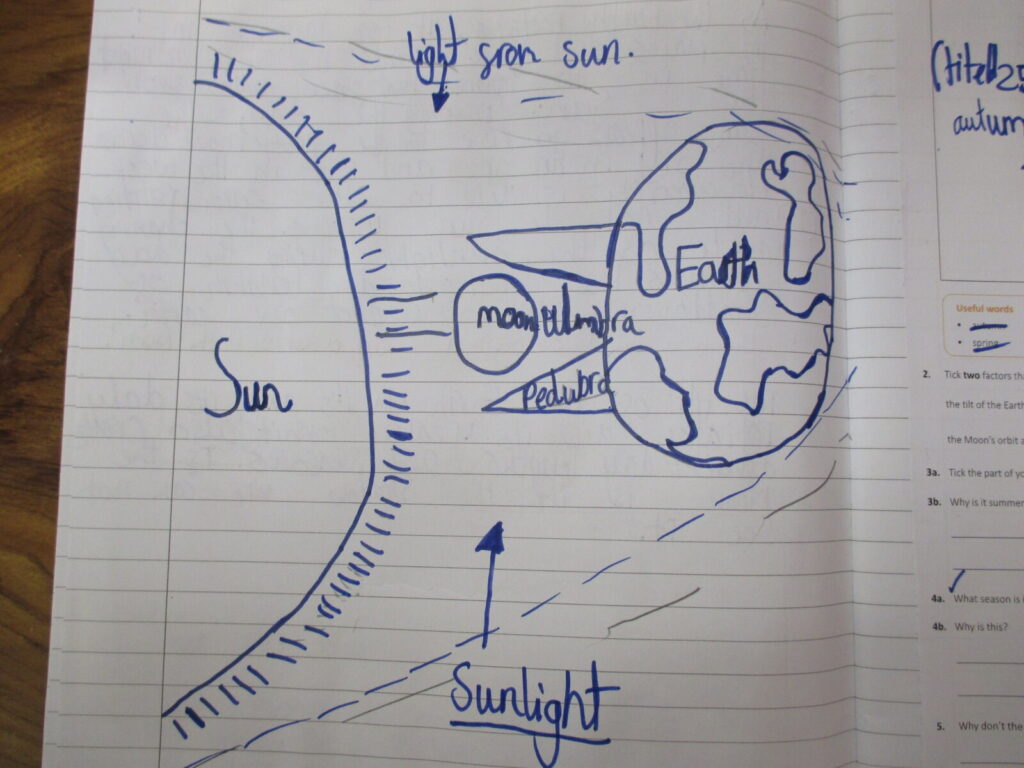 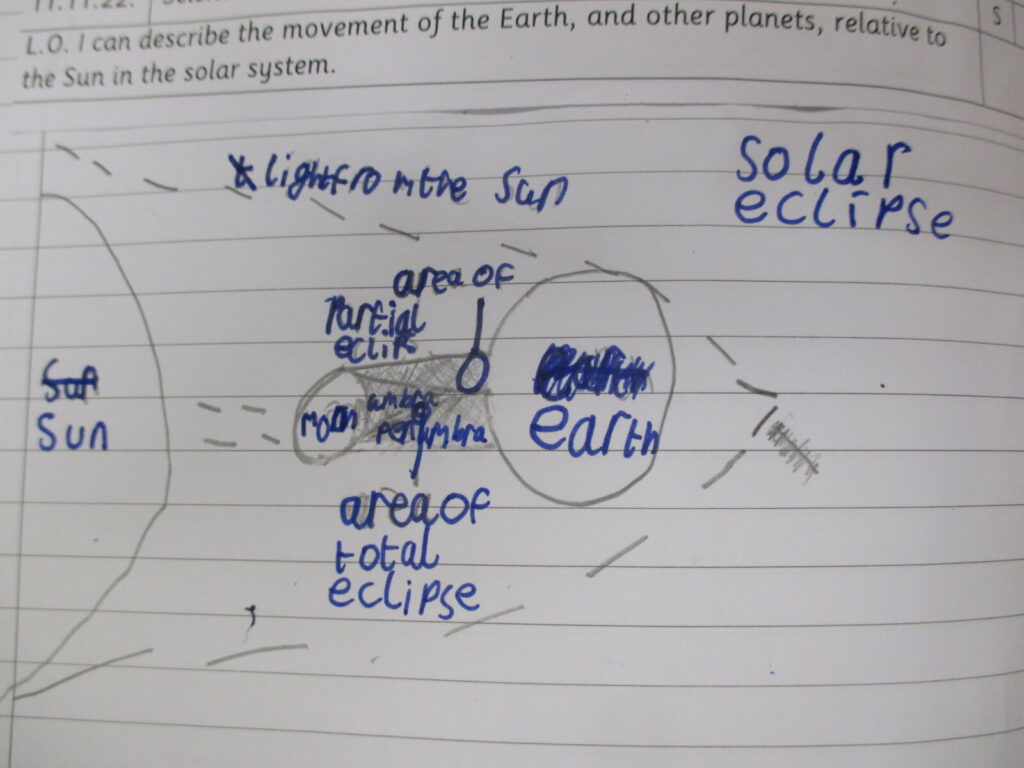 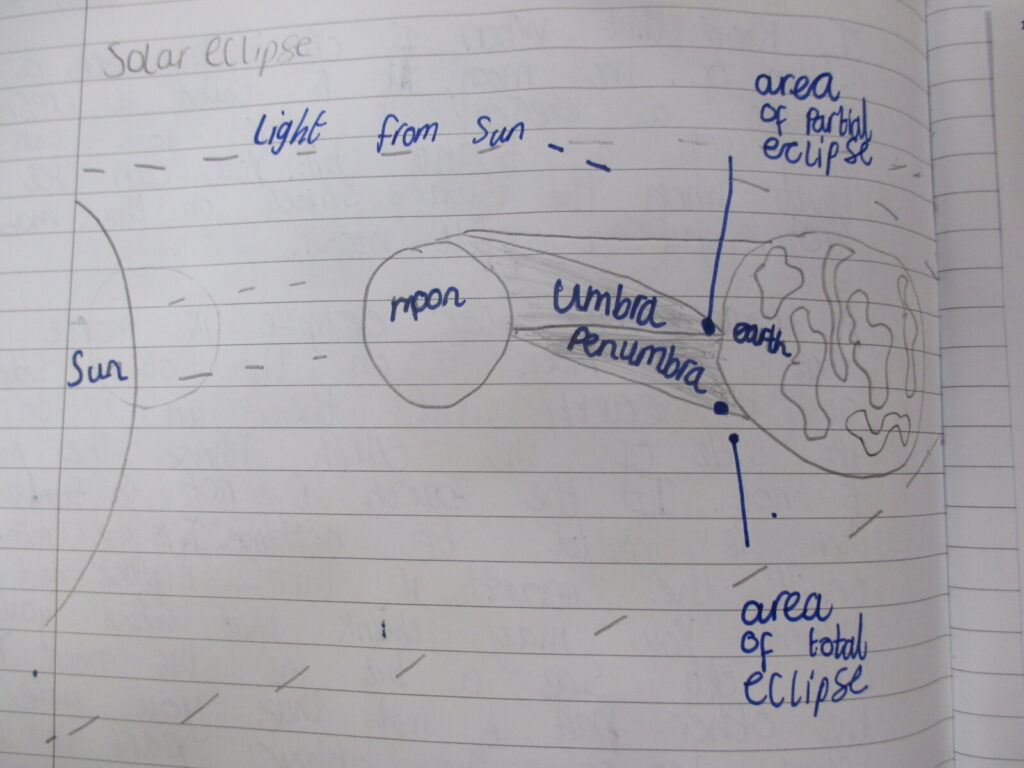 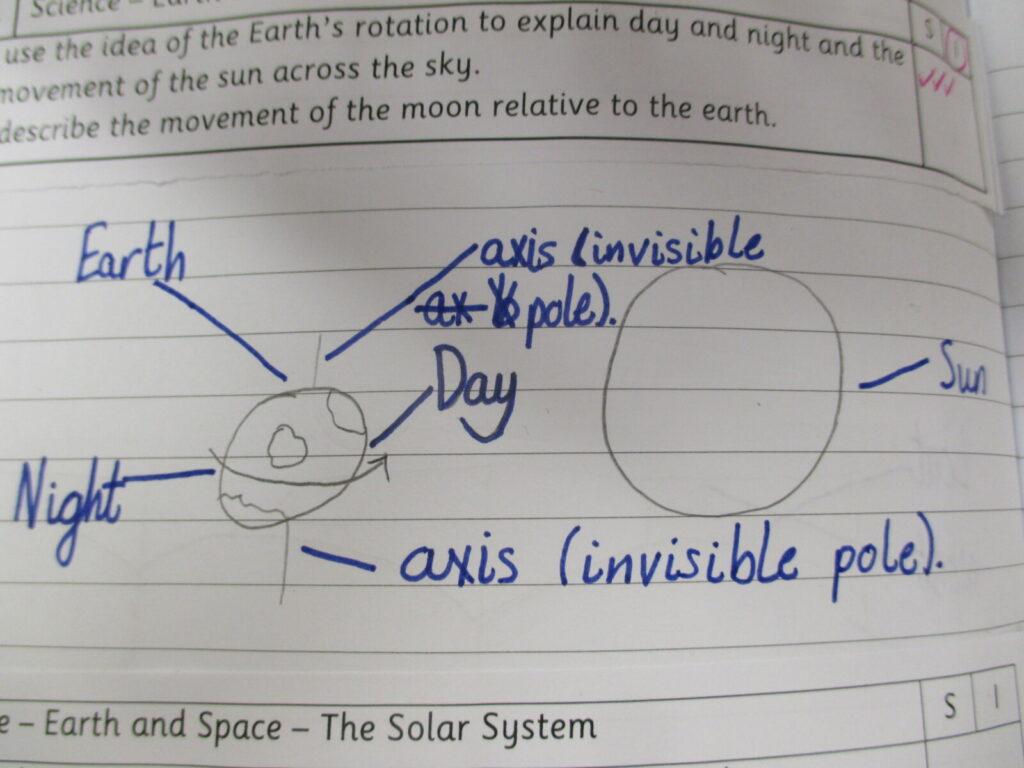 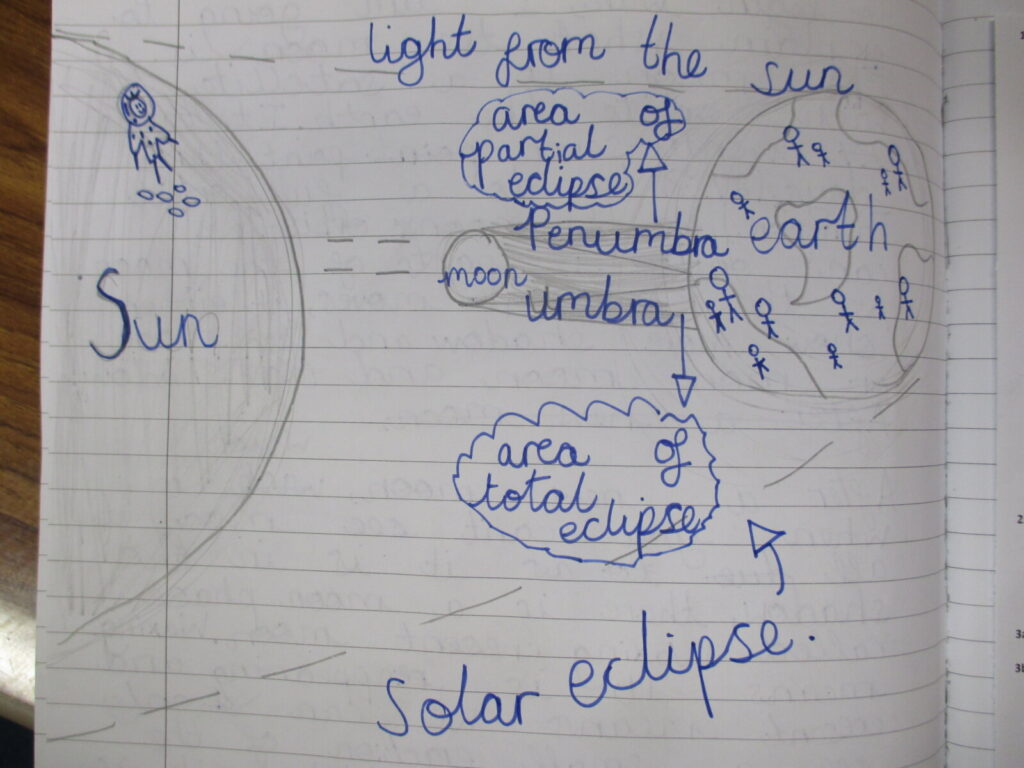 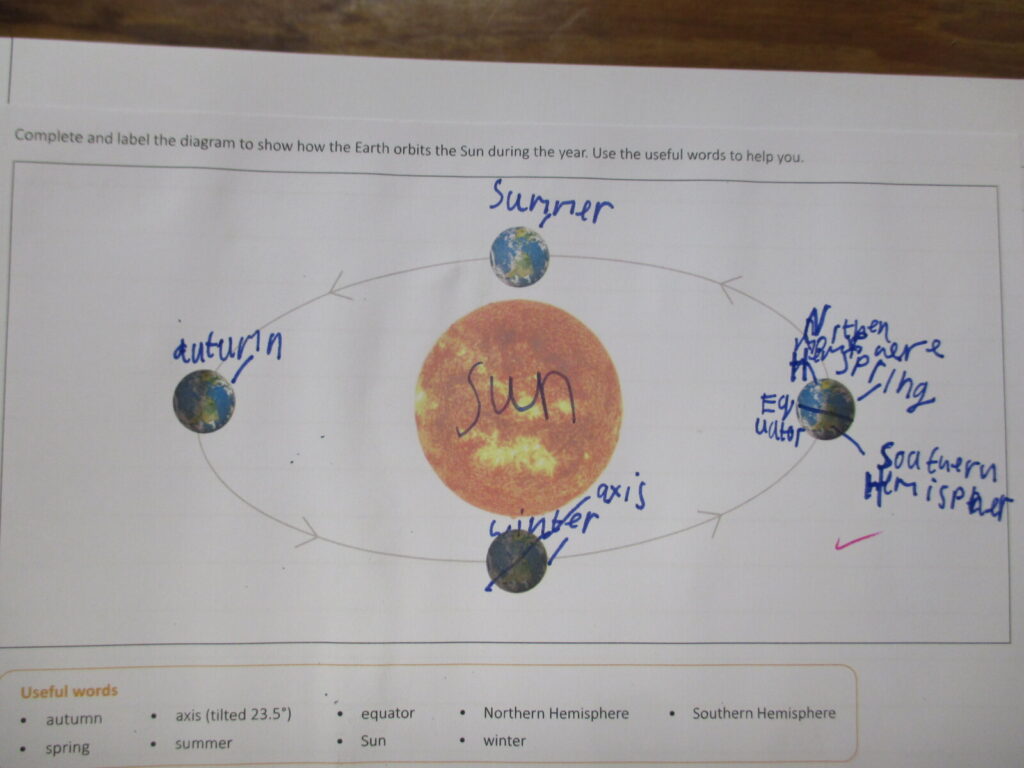 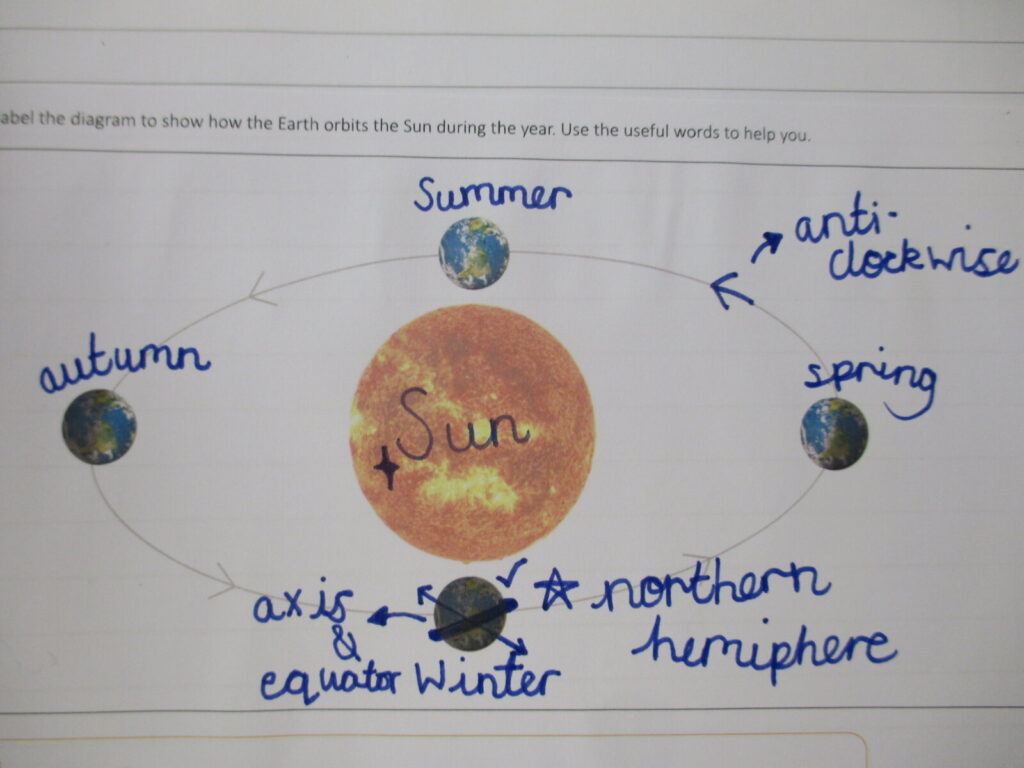 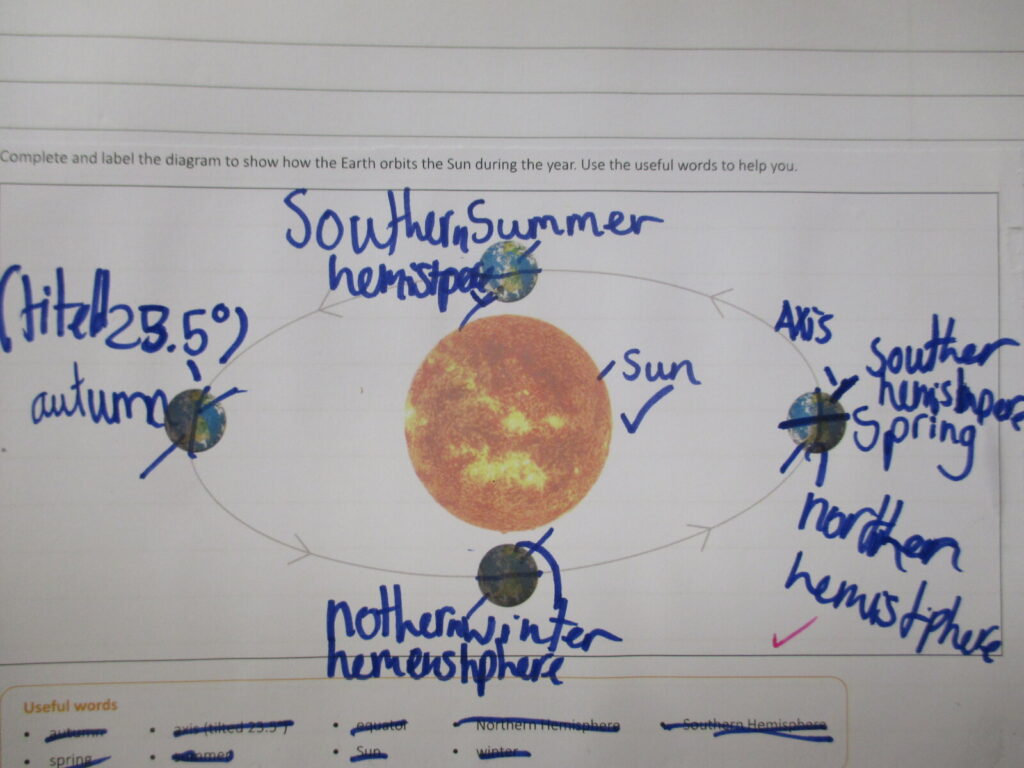