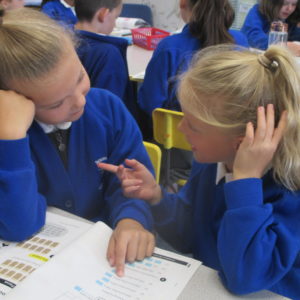 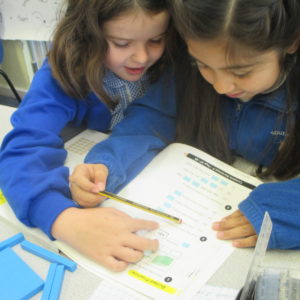 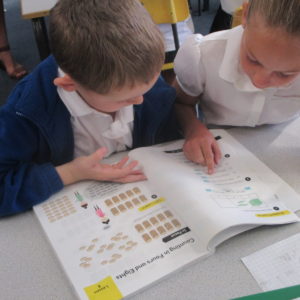 Maths is just right or wrong! You either know the answer or you don’t, right?

In Year Three we disagree. We’ve been looking at reasoning during our maths lessons which involves explaining methods, answers and what the problems is actually asking you to do. We want the children’s mindset to be “What can I do to solve the problem?” rather than “I’ll never be able to answer that…it’s too hard!”

Over the next few weeks, during the Let’s Learn and Guided Practice parts of our lessons, the children are being encouraged to discuss problems together in order to develop their reasoning skills. The idea being that if they are able to talk about maths confidently, they are more likely to be able to tackle problems independently.

It was fascinating moving around the classroom and listening into the conversations going on.

“Remember we only change the hundreds column.”

“Let’s look at the number pattern the opposite way to help us work it out.”

“Not quite. Let’s use the place value grid to help.”

I was pleasantly surprised with how mature and grown up the conversations were. Rather than just answering a problem, the children were discussing how they reached the answer and how they could explain it to somebody who didn’t understand.

Keep up the conversations, Year Three (about the maths obviously).