Year 3 had a fabulous time learning all about life in the Iron Age as we explored Maiden Castle this morning.

First, we stopped off at The Prince Of Wales School in Dorchester where we were able to see traces of the Iron Age settlement that had been discovered there by archaeologists. We also went in their fabulous roundhouse that had been built in the traditional style by their pupils and parents. I am very envious! I think we need a roundhouse at Southill 😉 It really helped us to imagine what it would have been like to live in one.

Then, we headed up to Maiden Castle, passing by the ancient barrow cemetery on the way. Children had some very good ideas about what this might be and were surprised when they discovered what it really was. We had a snack at the Neolithic gathering place – you don’t get to do that every day!

It was very windy on the top ramparts – we nearly got blown away! But it was fab. The sun shone all morning and we could see for miles. At the Eastern Entrance we saw photographs of the slingstones that had been discovered which were actually huge pebbles from Chesil Beach. Then, we recreated our own version of the Roman invasion. One half of the class were the Durotriges tribe defending the fort and the other were Romans trying to make their way up the ramparts to attack. Don’t worry … we used soft balls to represent slingstones so no one got hurt! It was very difficult to climb the steep slopes.

Finally, we took a quick rest break at the Roman Temple before heading back to the coach. Year 3 were brilliantly behaved as always and it was a pleasure to take them out this morning. Thanks to Mr Price, Mrs Harris, Mr Bell and Mrs Thorne for their help in making it a successful trip. 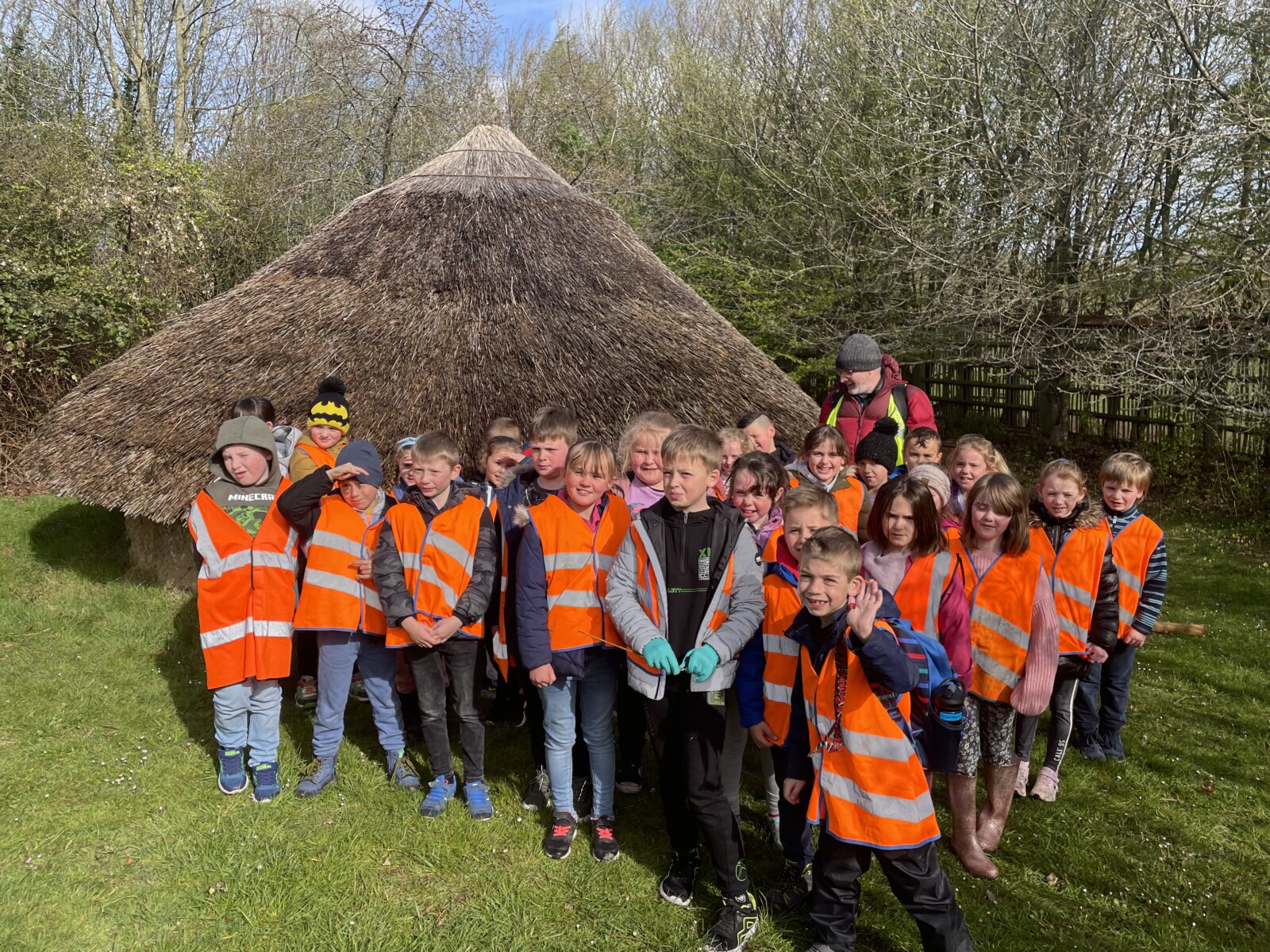 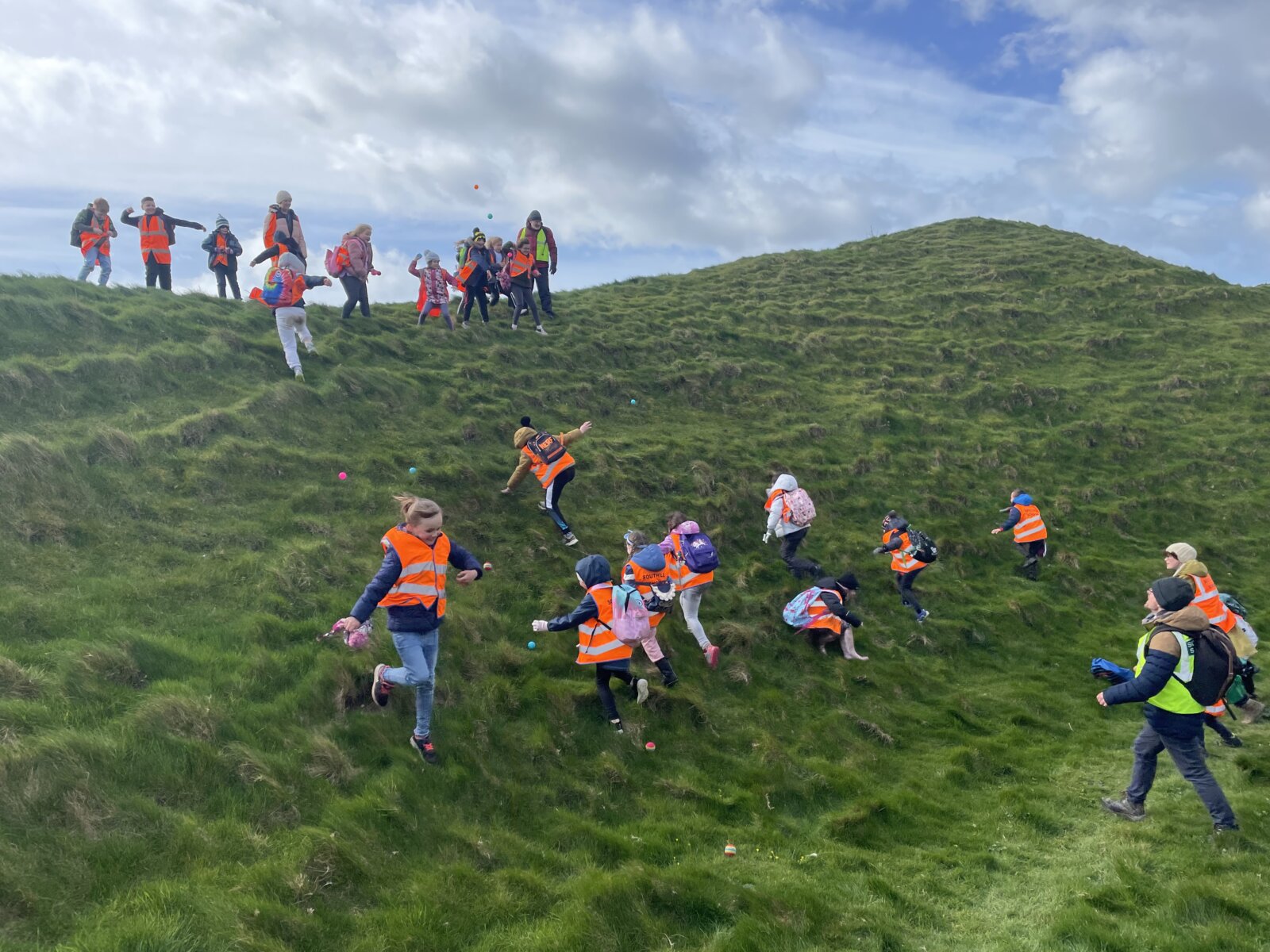 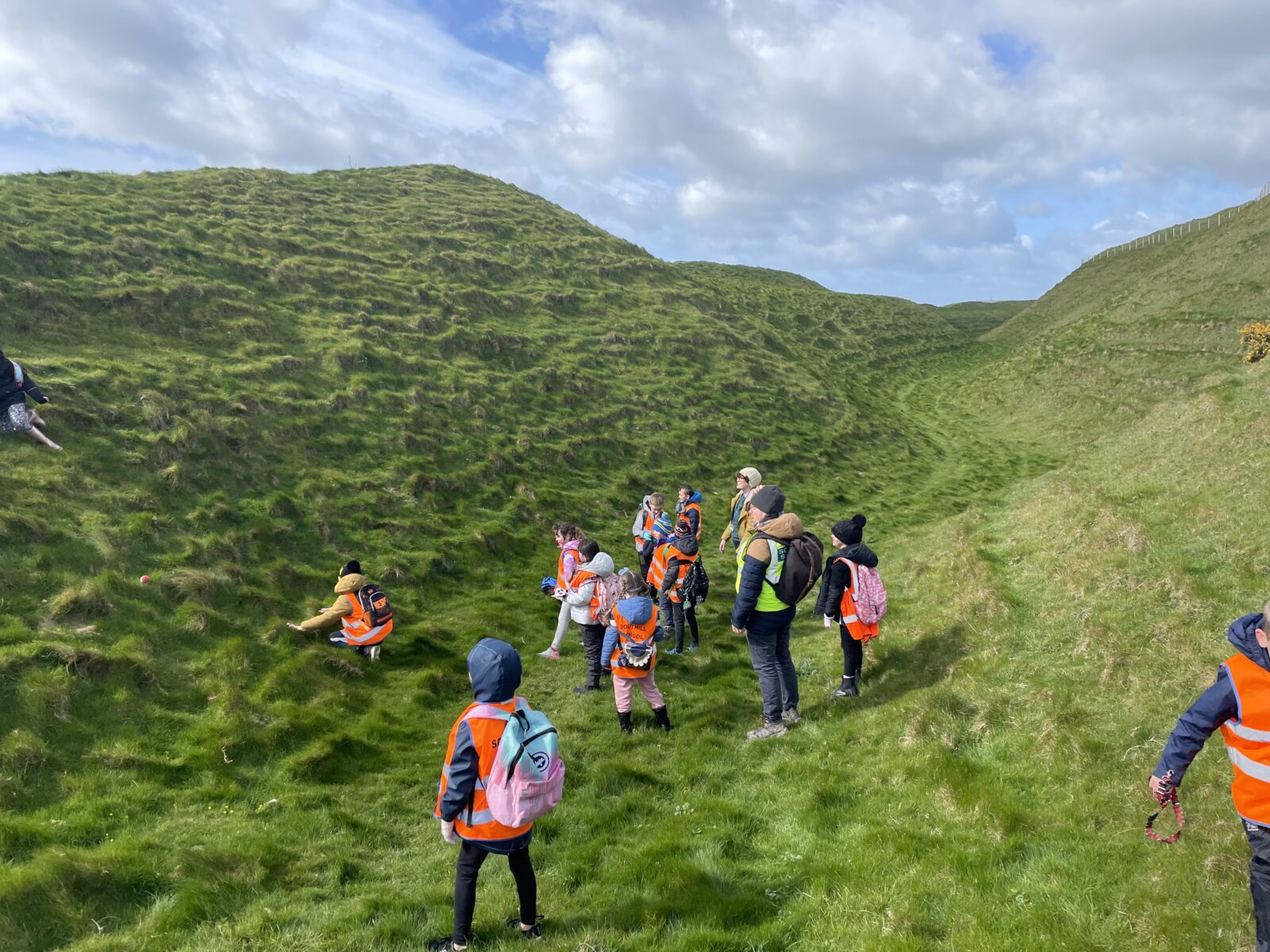 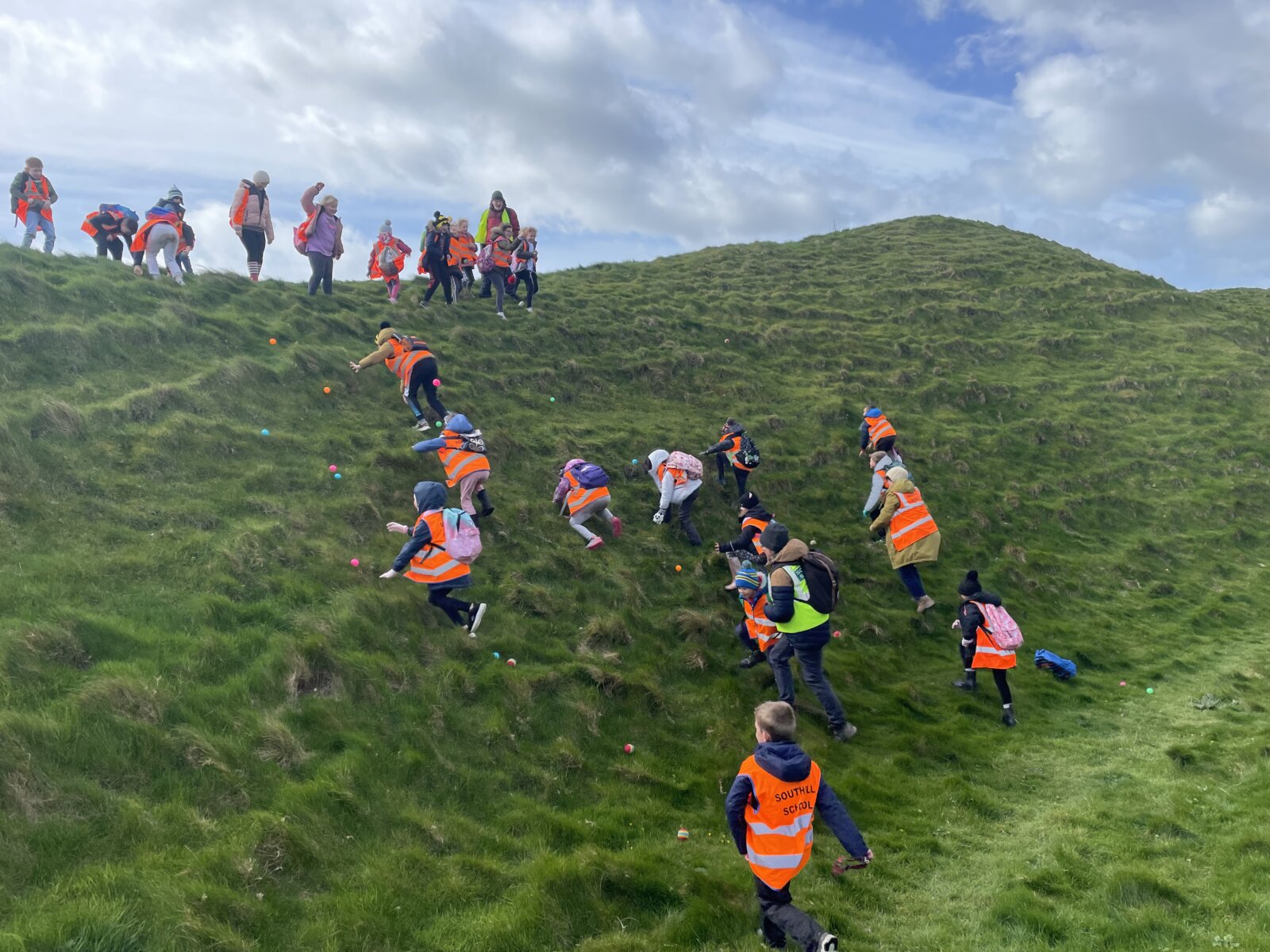 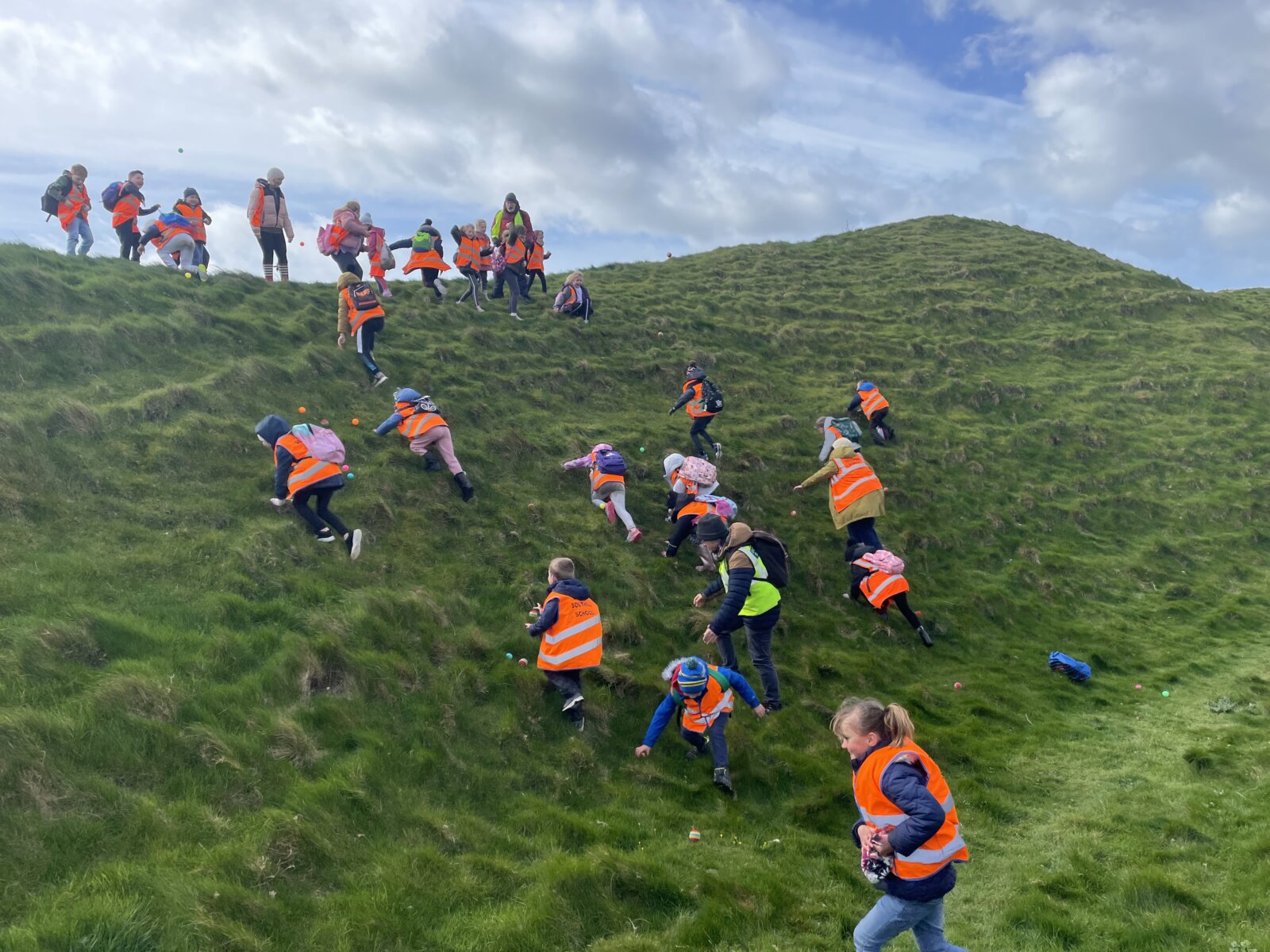 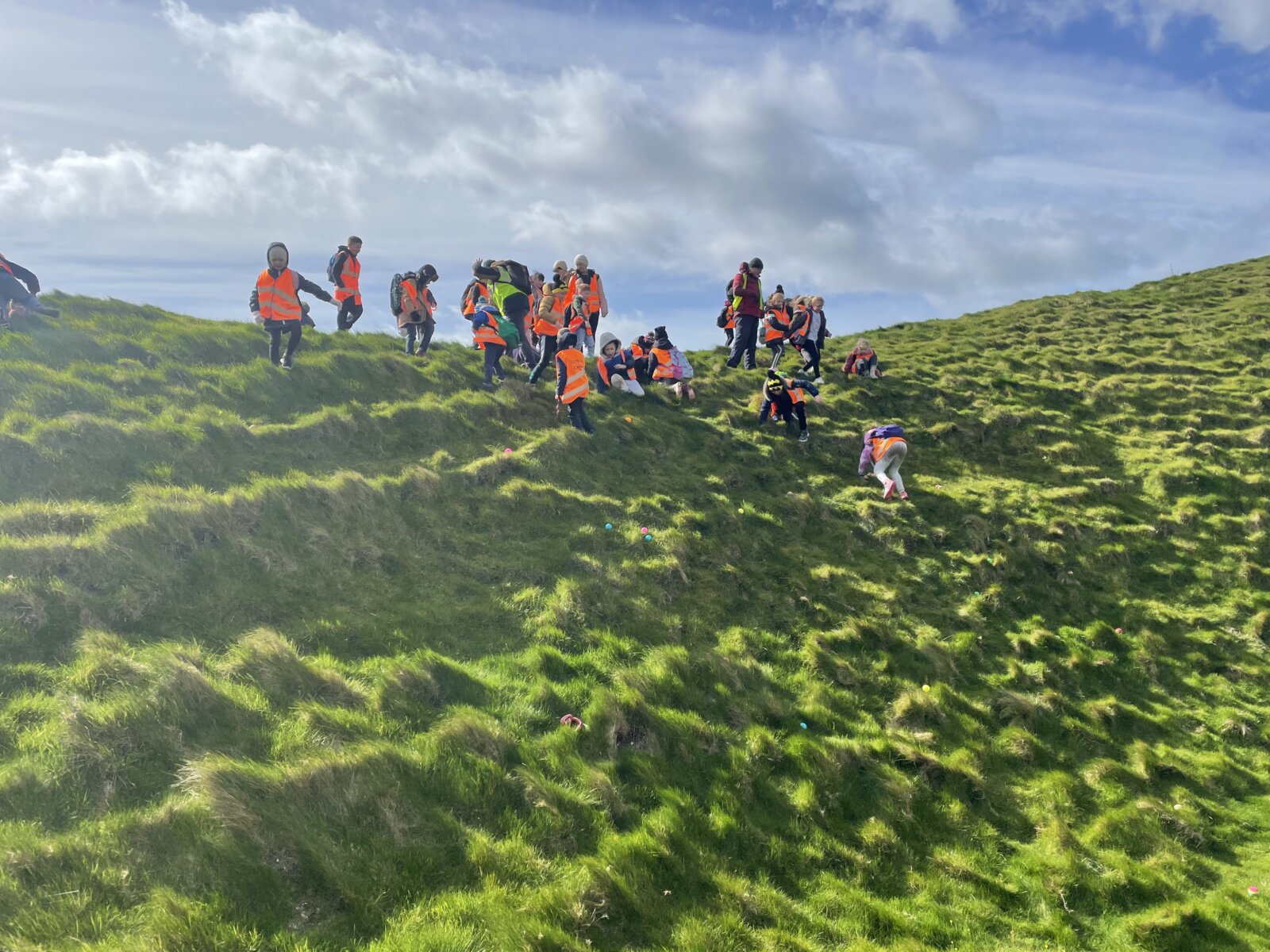 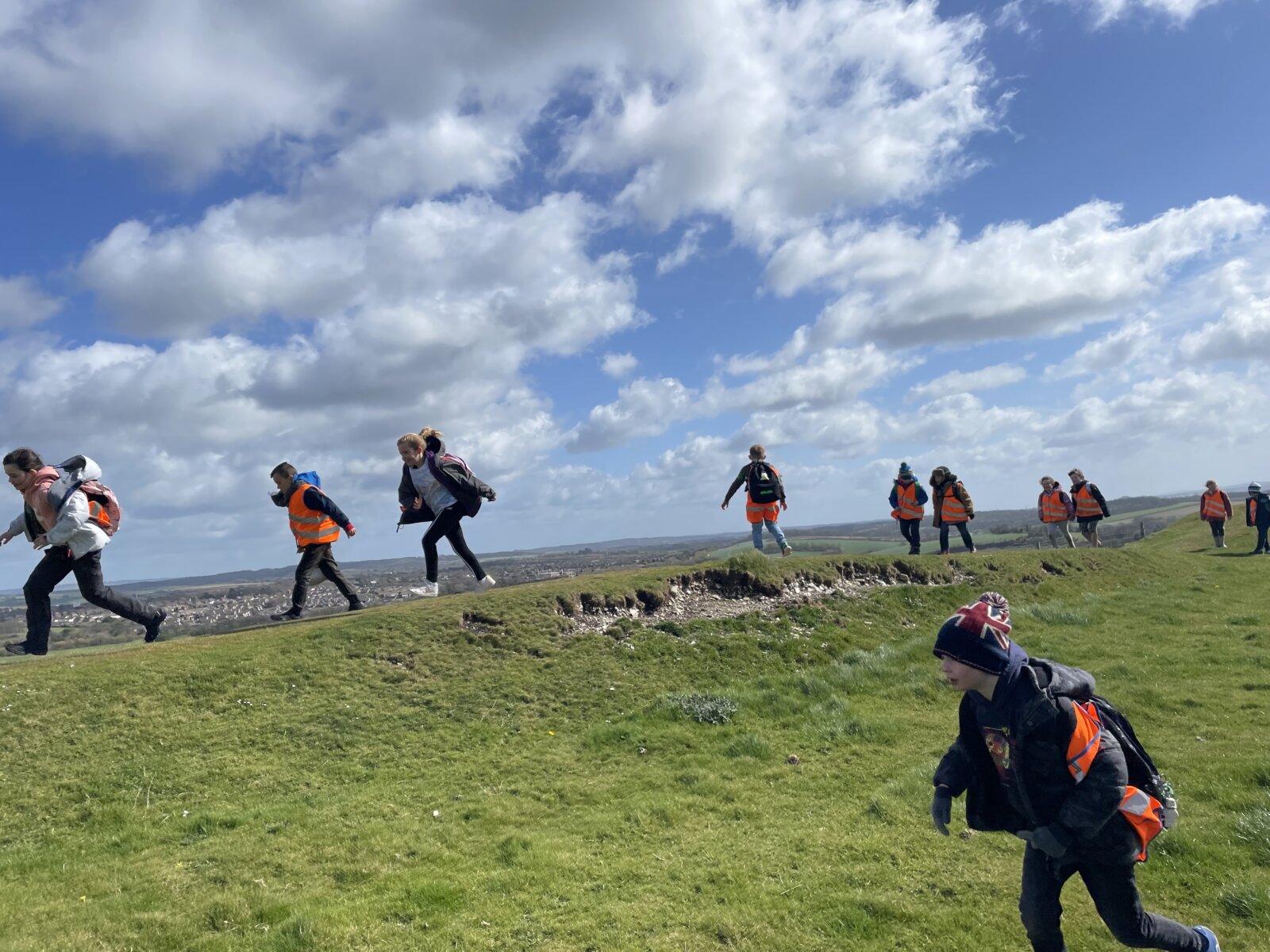 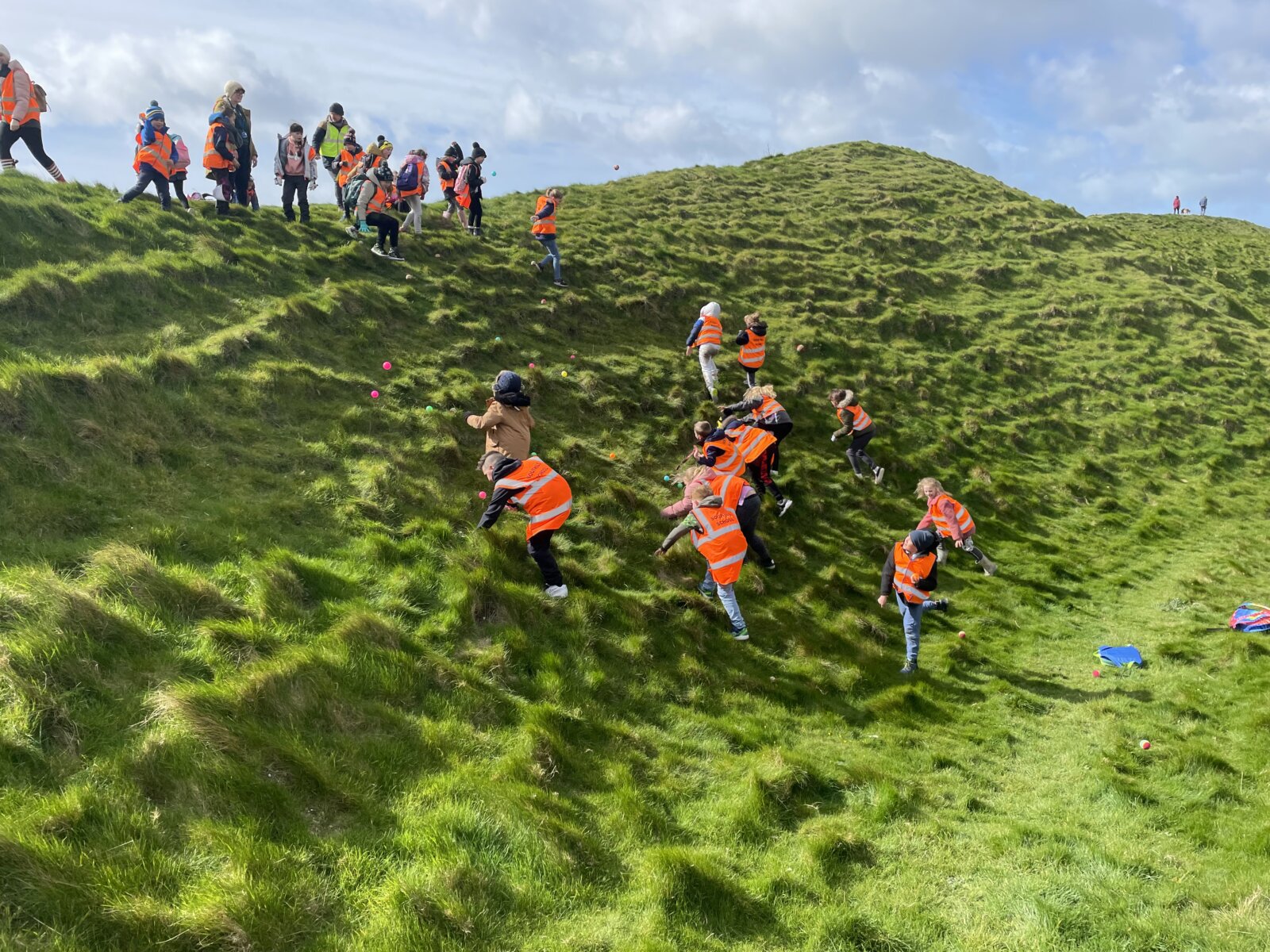 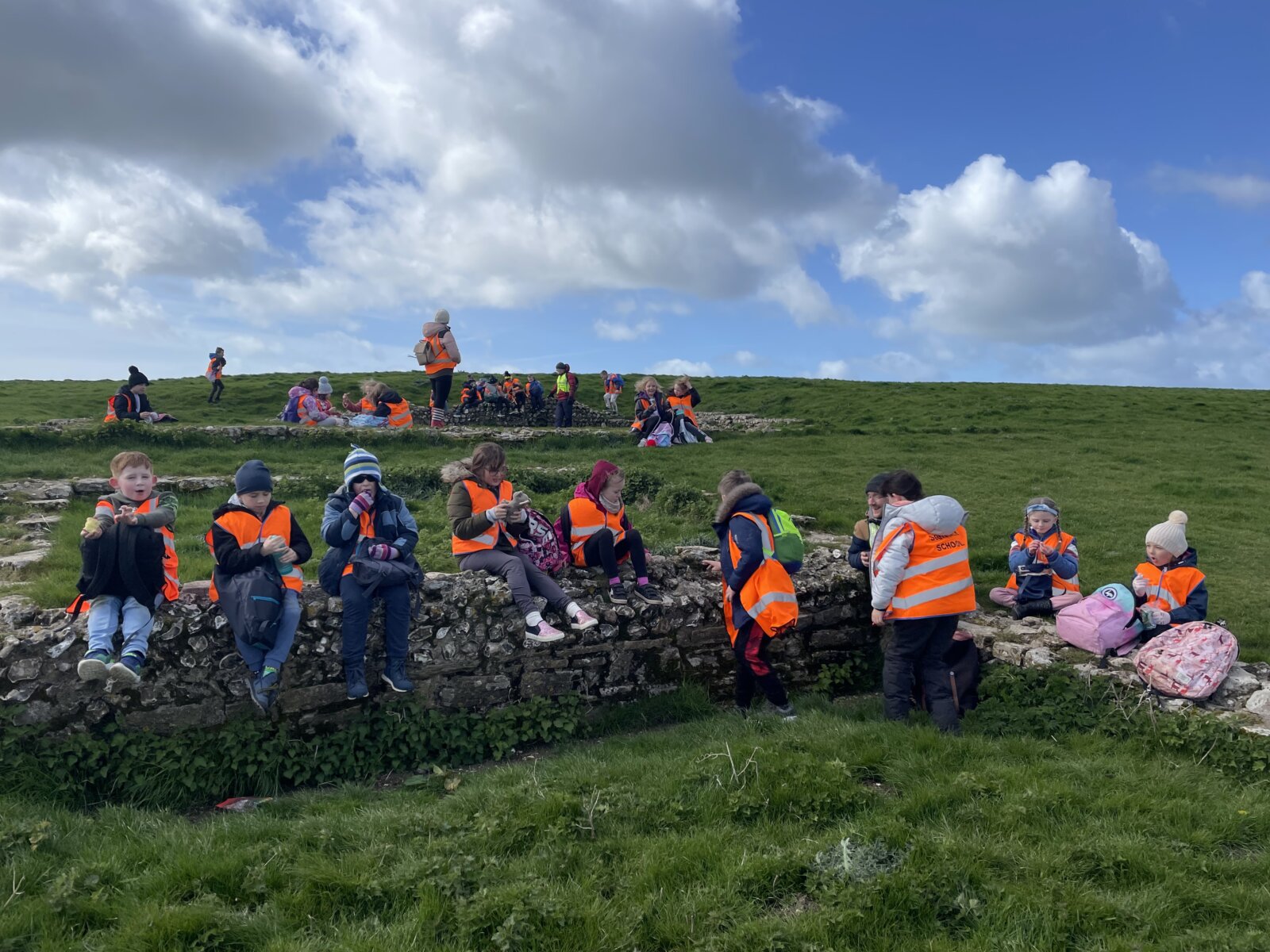