Digging Up The Past!

Today in Year 5 we turned into real historians and archaeologists!  We learnt about the scholar Wang Yirong, who discovered the Shang Dynasty in 1899 after finding ancient Chinese writing on Oracle bones used for medicine.  He traced the origin of the bones to the city of Anyang and in 1928, the capital of the Shang Dynasty, Yin was discovered!  The site became known as Yinxu and the excavations revealed many treasures which told the historians evidence and facts about life in the Shang Dynasty.

We recreated the dig at Yinxu for ourselves to see what it felt like to discover ancient relics, artefacts and evidence when digging for knowledge!  The artefacts are very precious and fragile so we had to be really careful with our brushes and not damage anything we found, well done Year 5!

After identifying the objects we had discovered, we then took our time to think about the evidence and knowledge they provided.

It was really brilliant to see the children working so hard and resourcefully to link the facts to evidence and turn it into knowledge about a period of history, well done everyone! 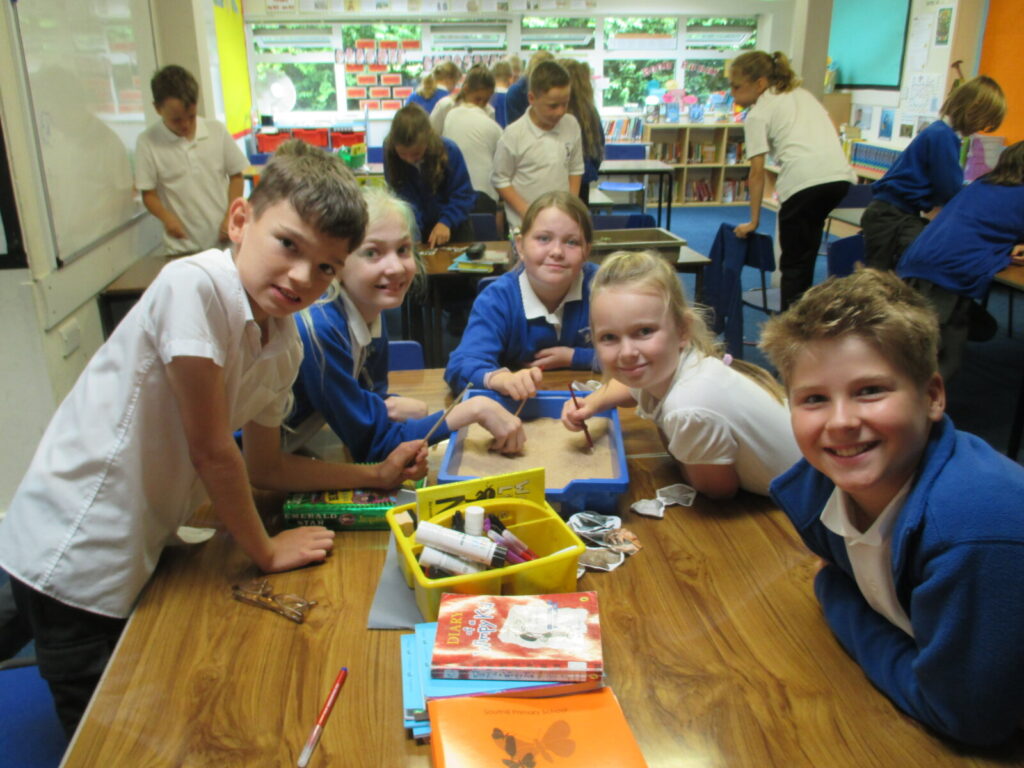 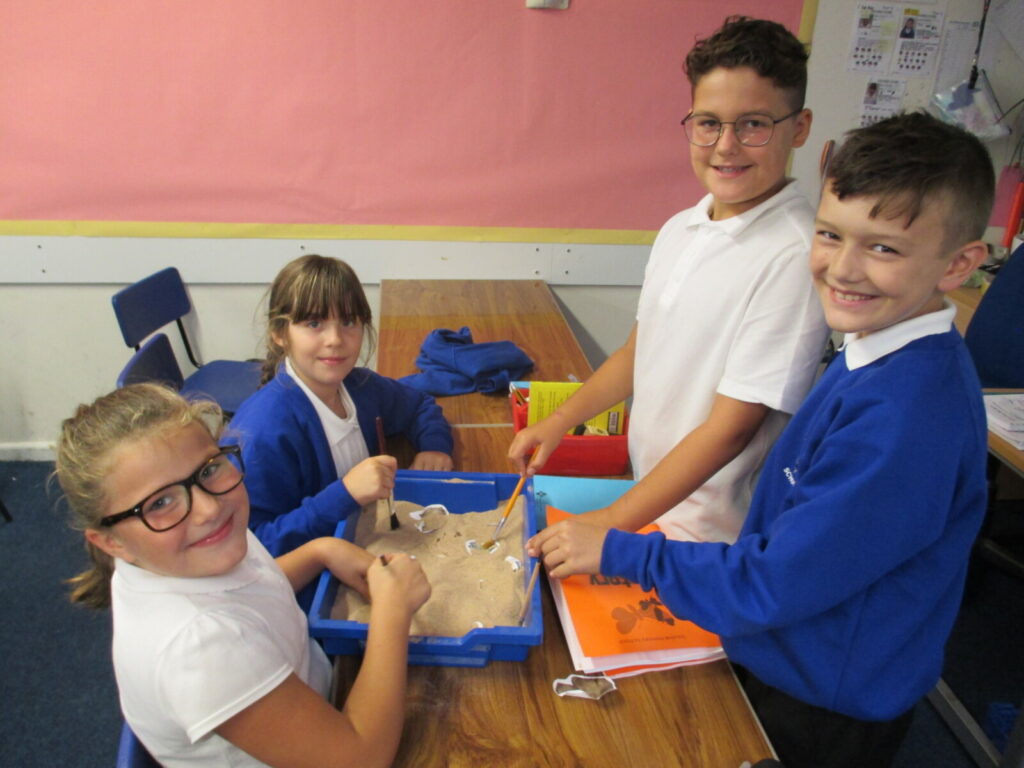 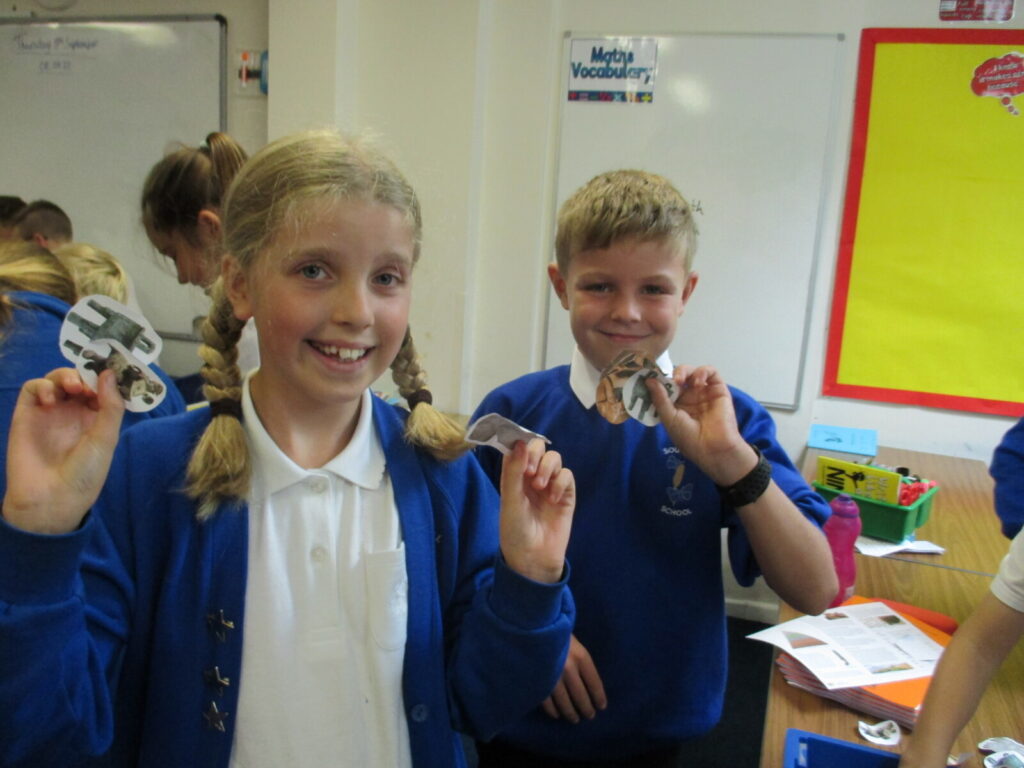 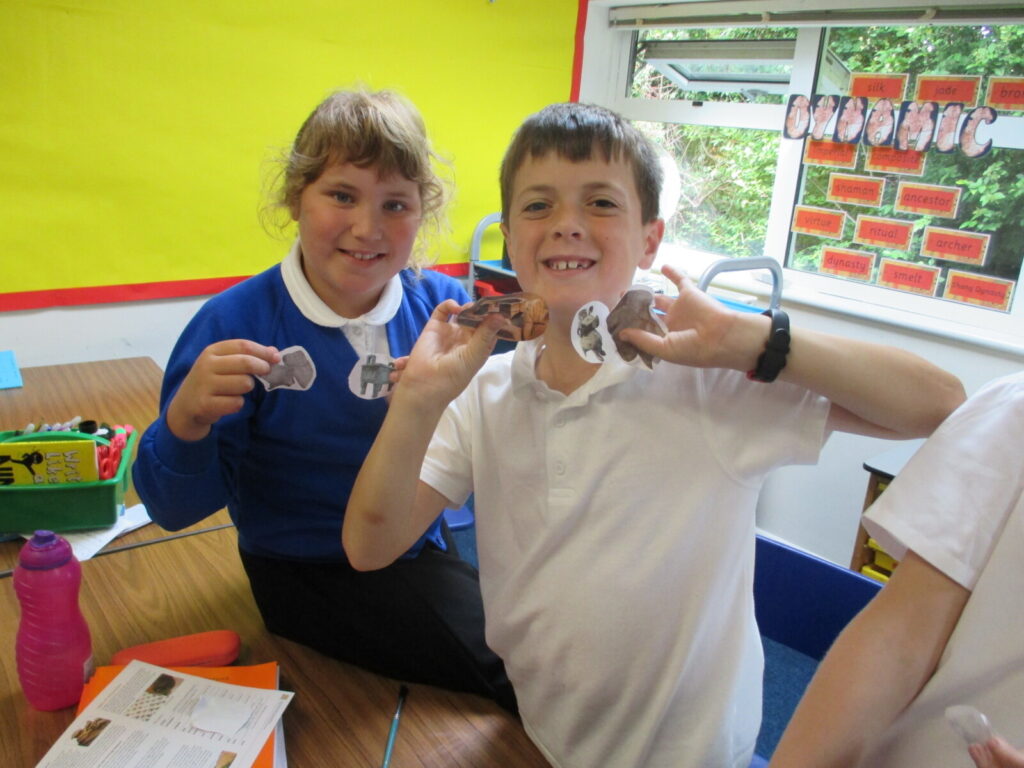 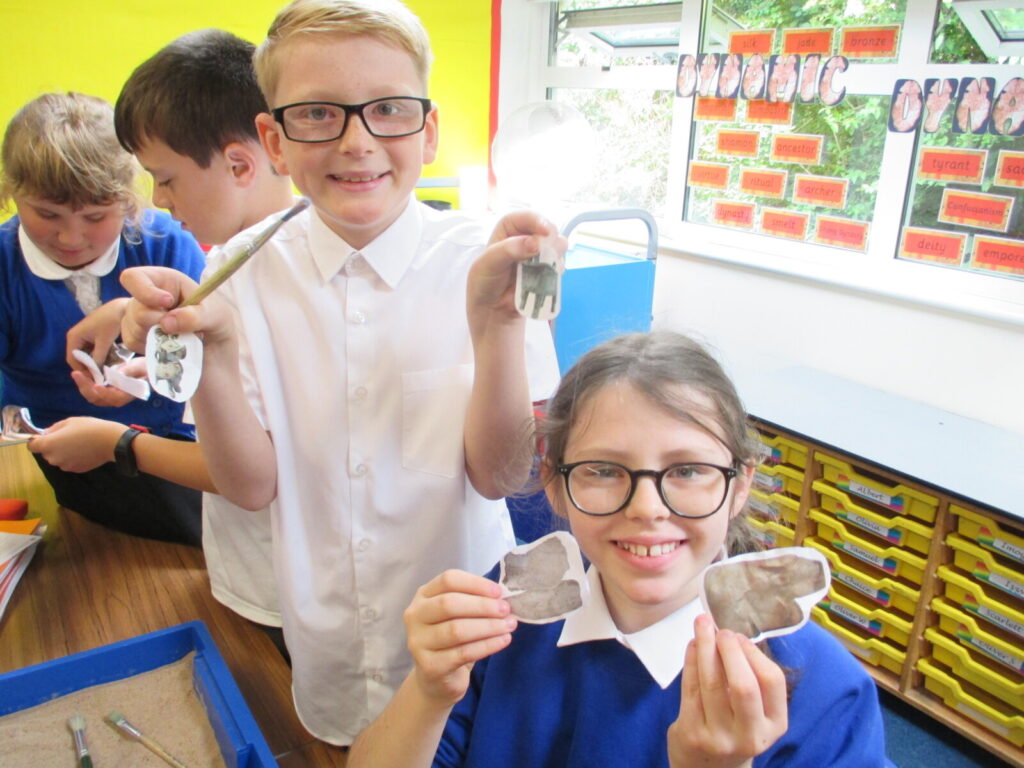 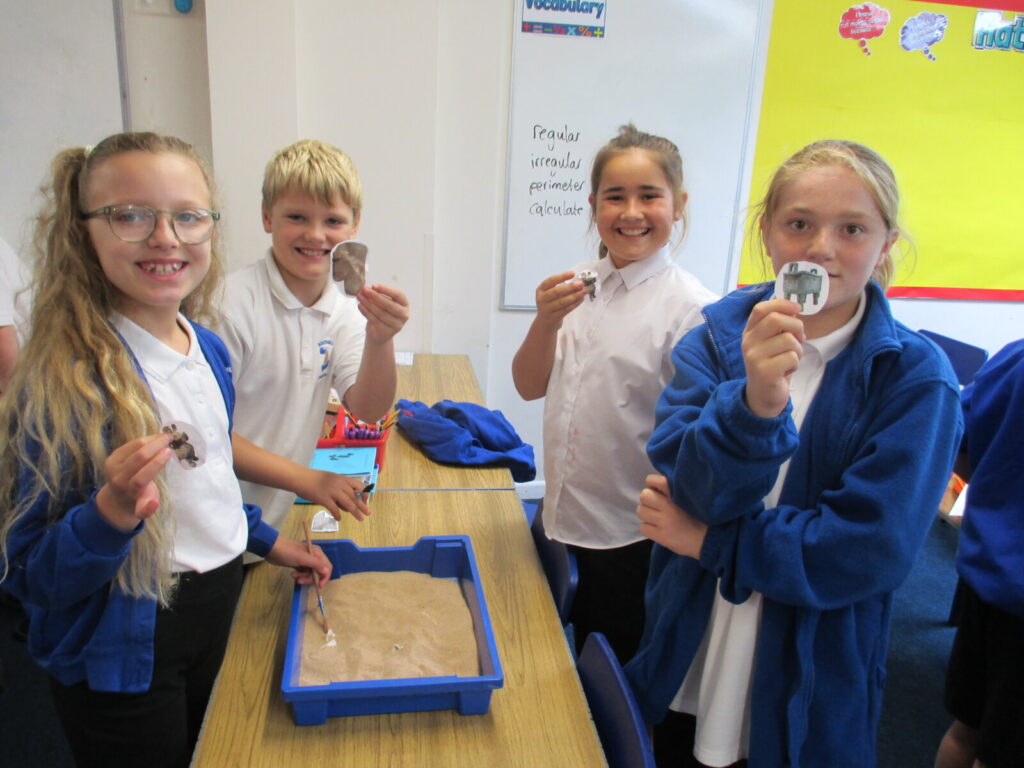 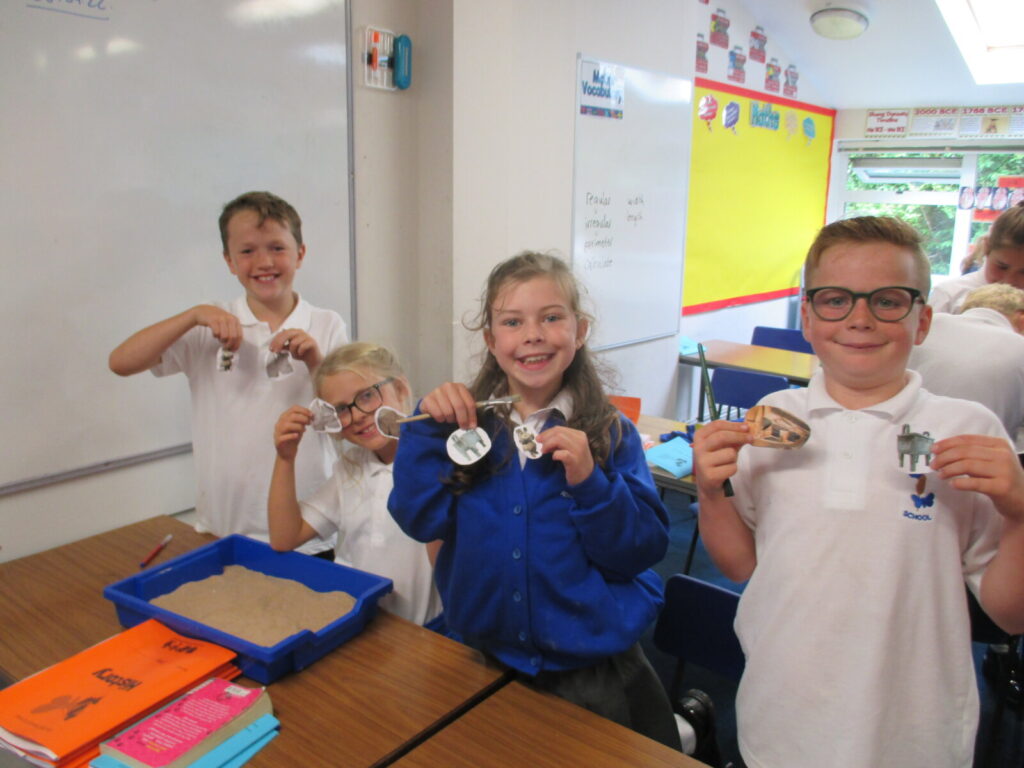 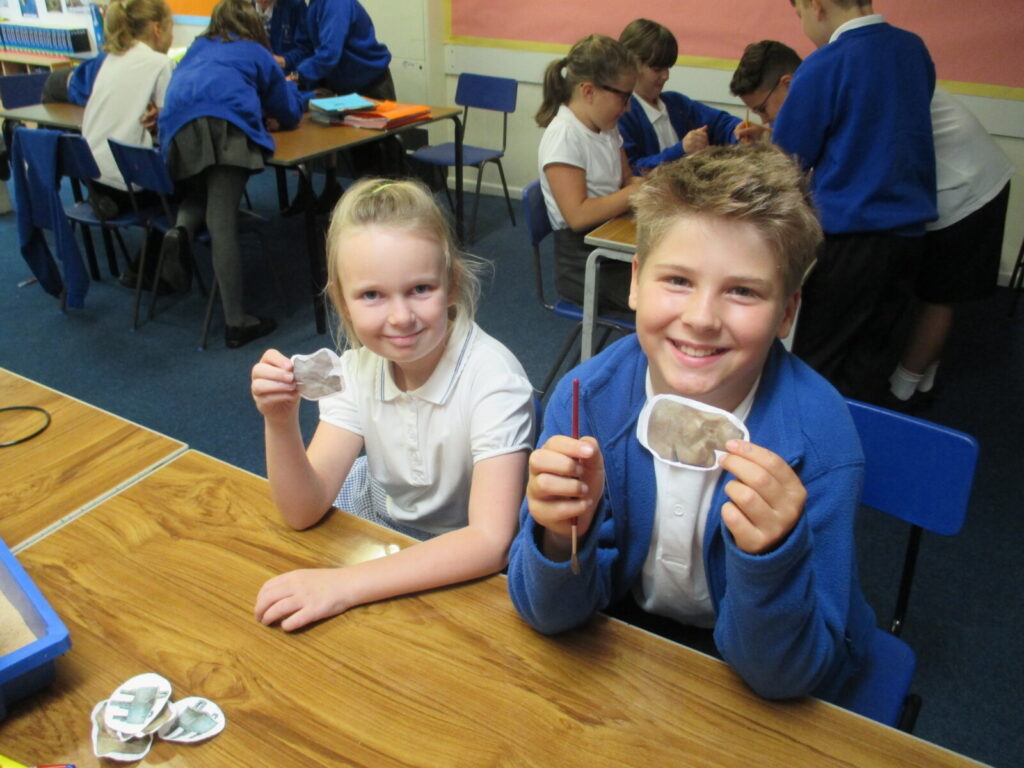 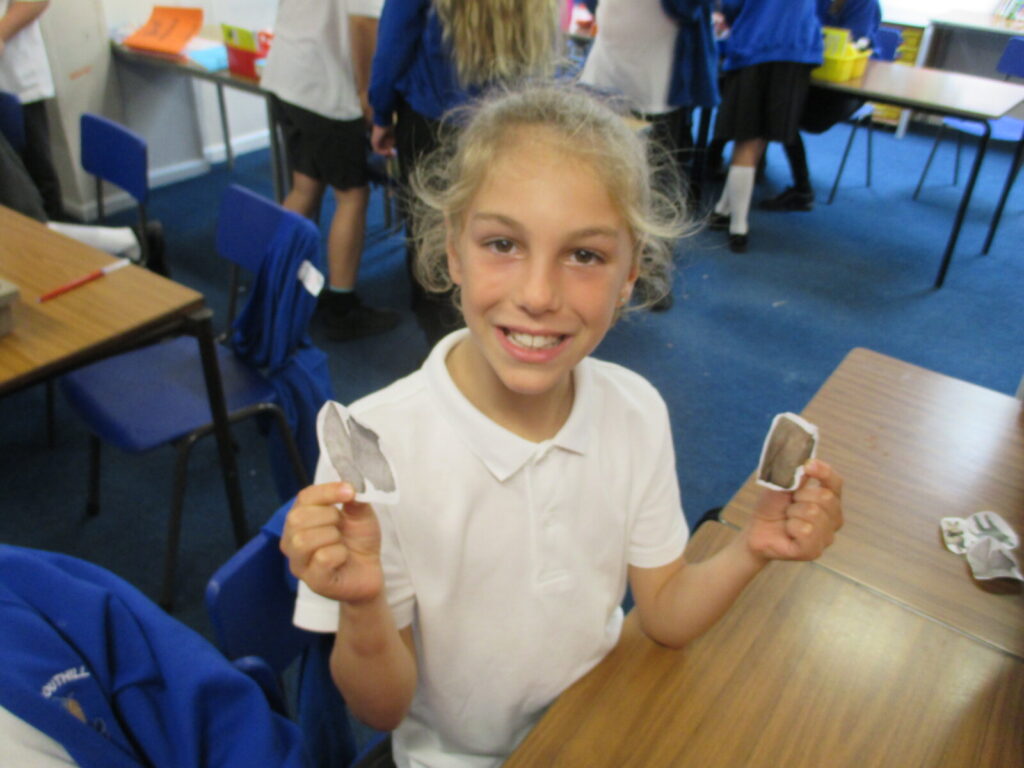 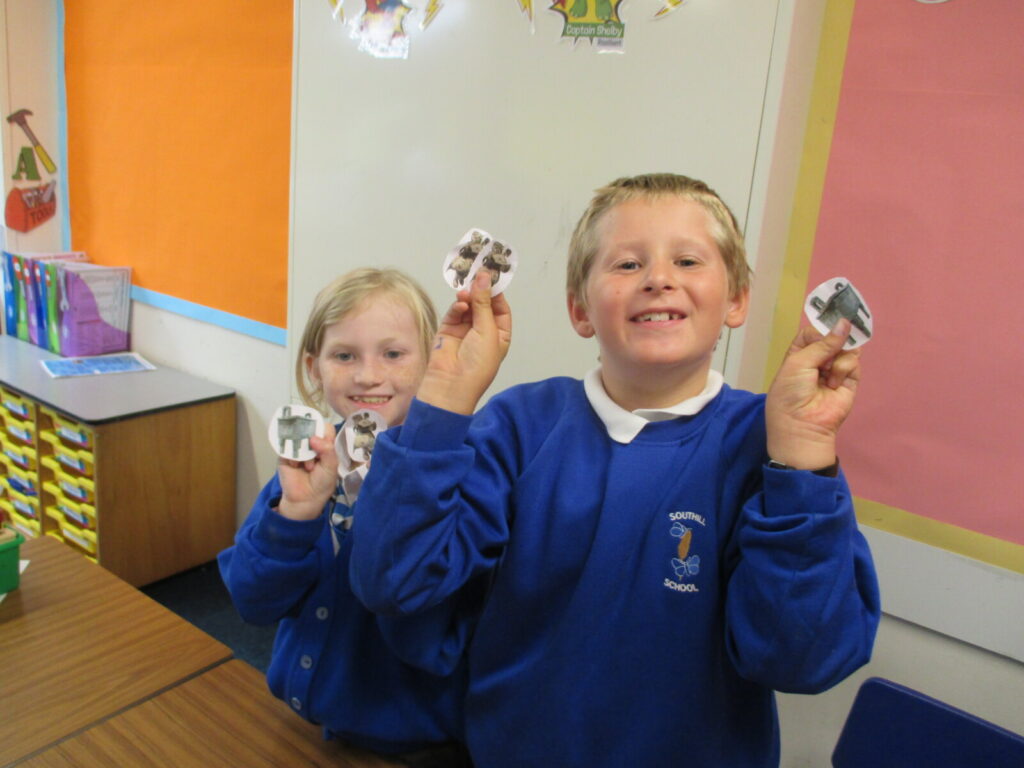 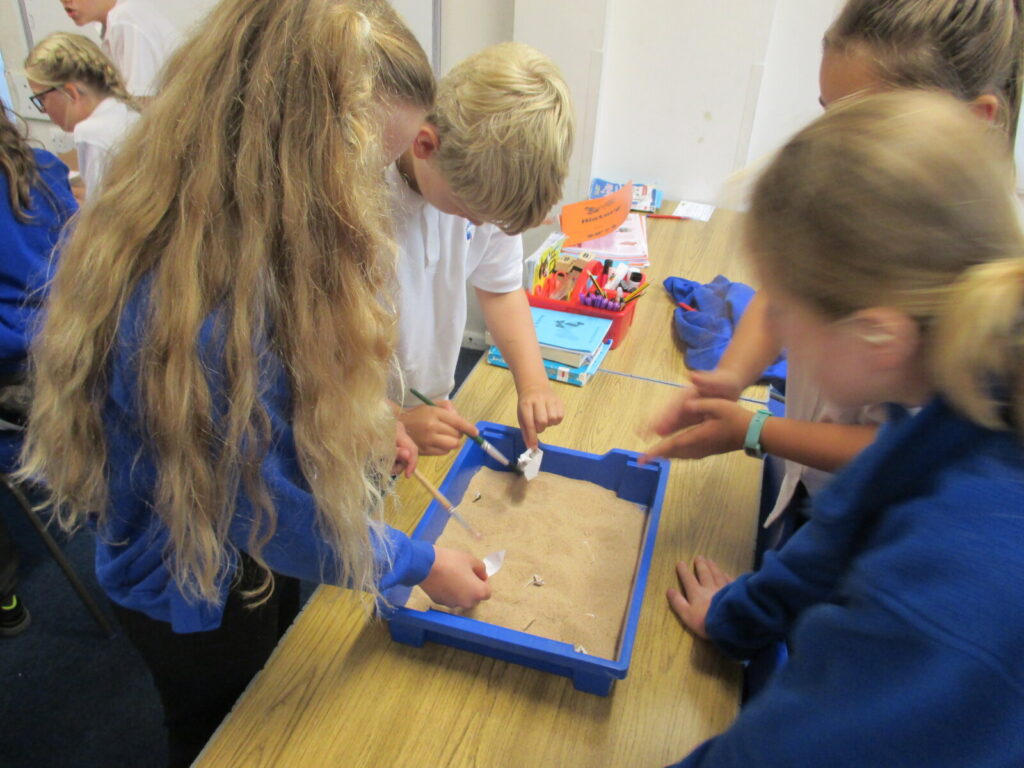 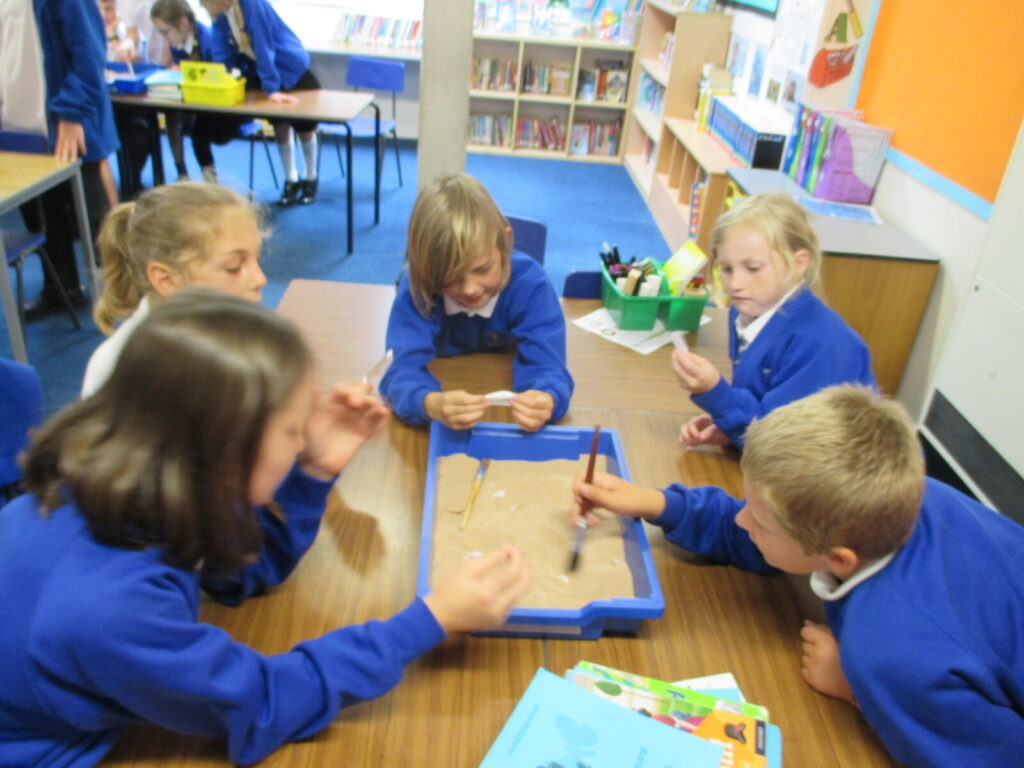 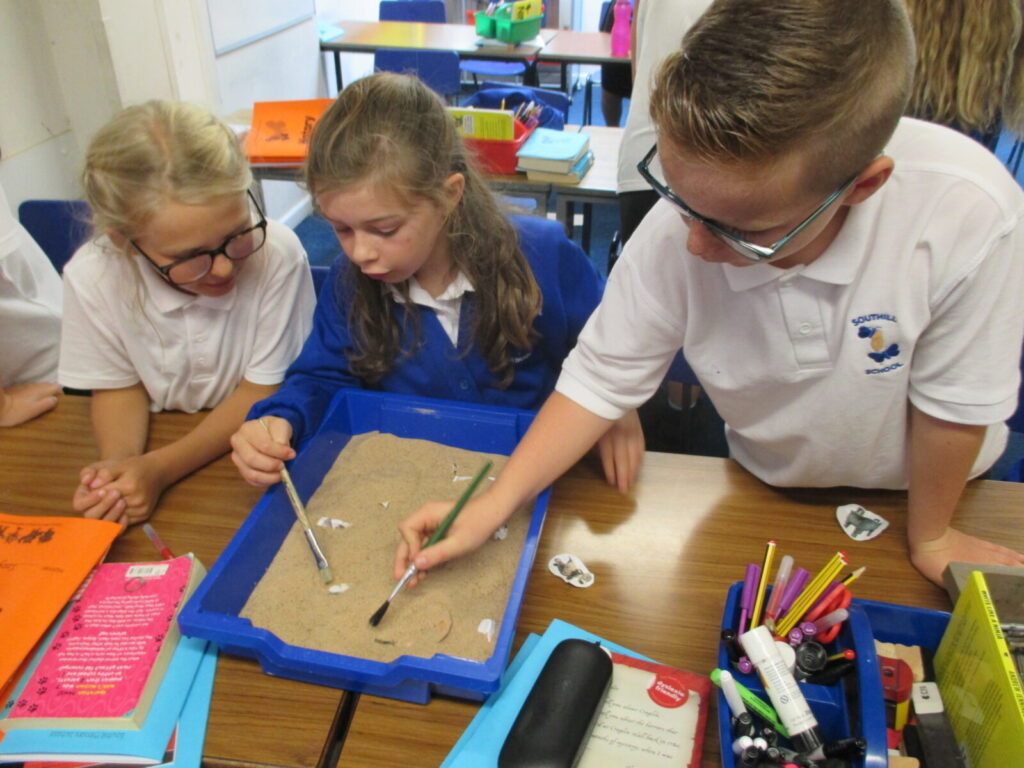 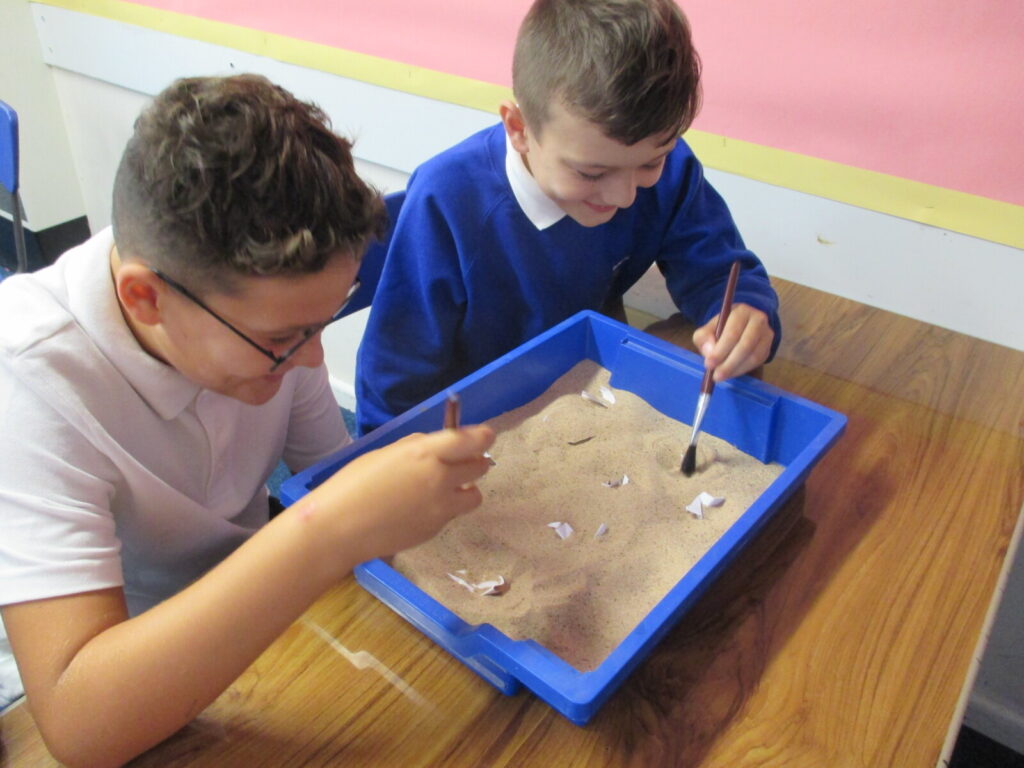 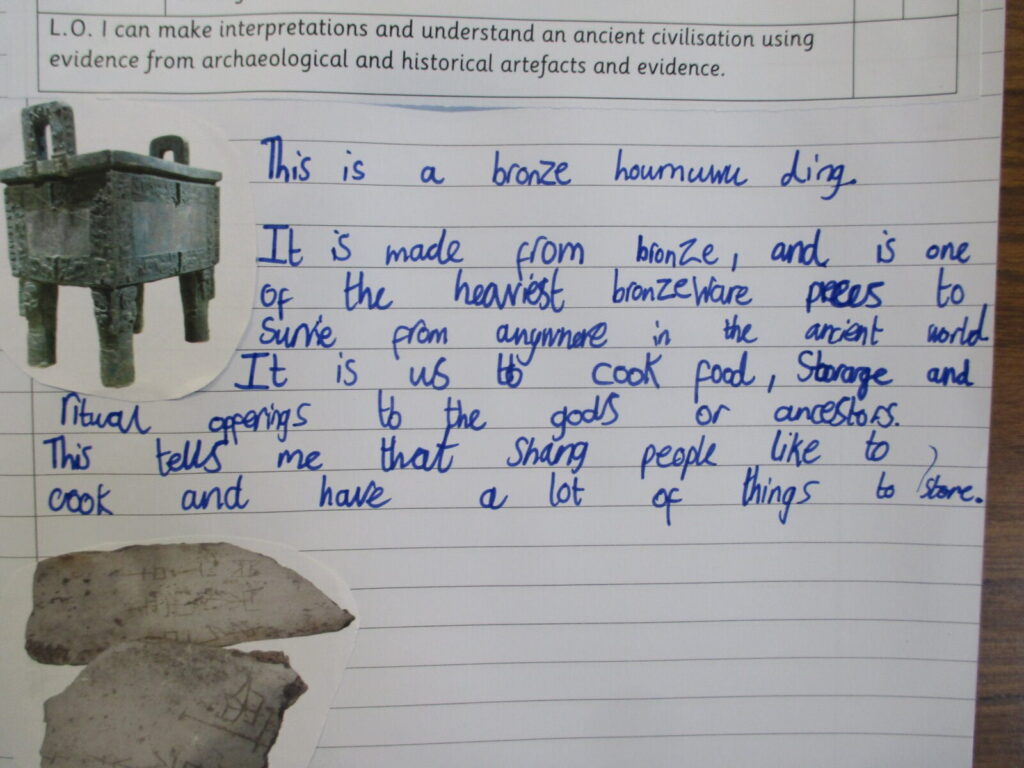 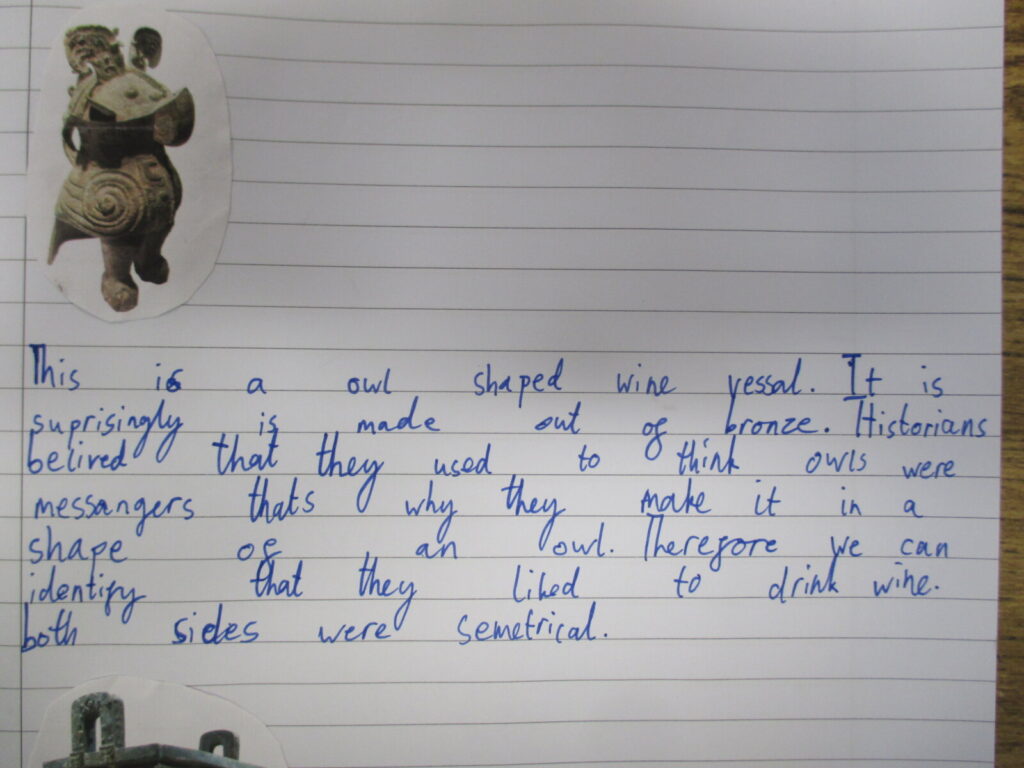 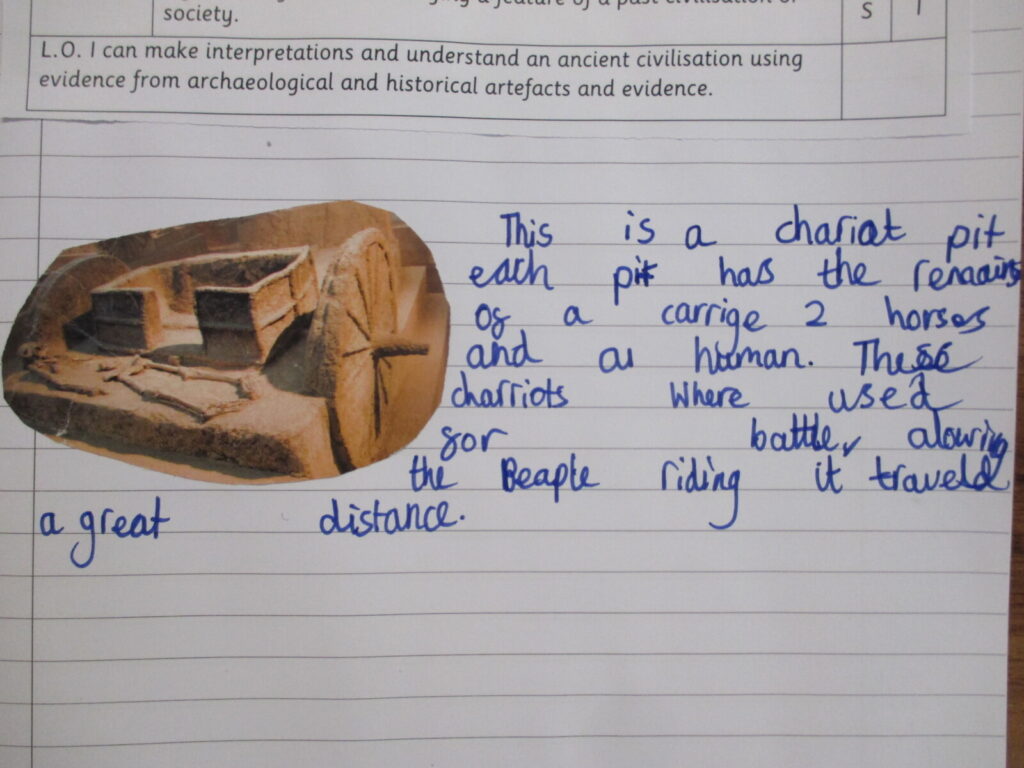 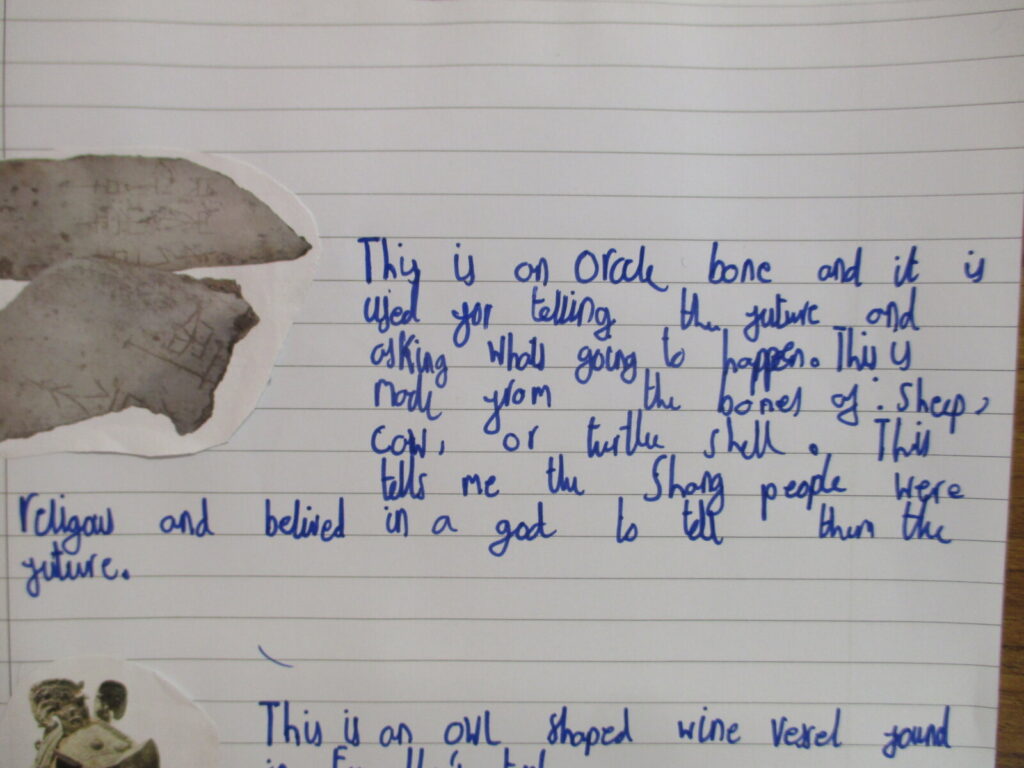 9 comments on “Digging Up The Past!”